We can’t wait to get on our hands on this 100-proof hooch. 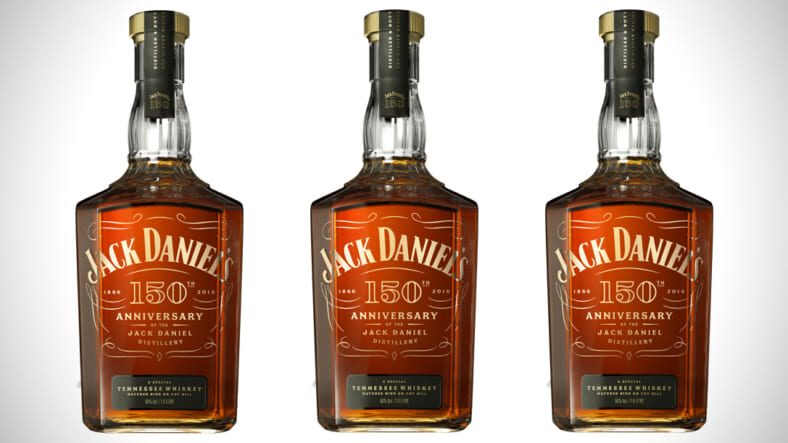 As of this year, the Jack Daniel’s distillery has been producing their distinct and internationally recognized brand of Tennessee hooch for 150 years. If that makes you want to break out that black-labeled bottle and pour yourself a few fingers, hold your horses!

To mark the occasion, Master Distiller Jack Arrnett worked with the barrel coopers and distillers to create a celebratory whiskey that’s not only crafted with the same time-tested wisdom and knowledge that’s spawned the company’s success, but also contains characteristics that founder Jasper Newton ‘Jack’ Daniel would have been producing upon the distillery’s inception.

“For this 150 anniversary whiskey, our coopers ‘slow-toasted’ the barrels to bring out the rich flavors and aromas of the wood, creating a contemporary expression of an 1866 barrel char,” Arnett explained to Business Wire. “We wanted to offer a unique whiskey that we think collectors and consumers alike will enjoy for their own celebrations and is as special as the anniversary that it celebrates.”

After being poured into the barrels, they are transported to the “angel’s roost,” one of the oldest barrel houses in the distillery, where sunlight and elevation are optimized ensure the whiskey interacts with the barrel in an ideal climate.

The result is a 100-proof premium whiskey that will surely be unlike anything Jack Daniels has released in the past. The bottles went on sale September 1, and if you were lucky enough to get one, you can register it on their website.

After that you might as well celebrate with a shot of jack—you deserve it.