How Jeff Bezos Made $6 Billion in Just 20 Minutes 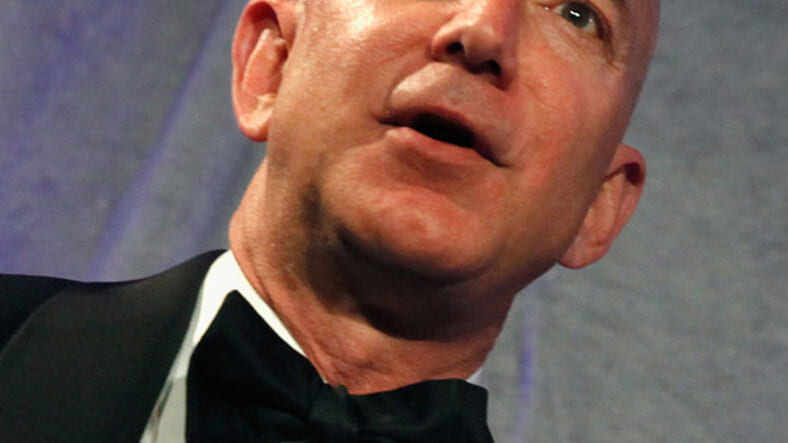 Amazon’s earnings rose more than 10 percent in late trading Thursday after its earnings report revealed the online retail giant’s cloud business had pulled in a cool $513 million in profit. The news was even better for Amazon CEO Jeff Bezos, reported Fast Company — since Bezos holds almost 83 million shares in the company, the earnings boost pumped a whopping $6 billion into Bezos’s bank account in just 20 minutes.

Bezos — who is featured in Maxim’s May issue — might also enjoy the fact his company’s skyrocketing profit sprinted far ahead of rival Seattle tech and retail giant Microsoft. A report in USA Today termed Amazon’s sales triumph over its venerable competition as the “Battle in Seattle” and declared Bill Gates’s brainchild de-throned as the top dog in the industry:

By next year Amazon is seen generating $156 billion in sales, or nearly two-thirds more than Microsoft’s $95.4 billion.So while helped put Seattle area on the map as a U.S. tech hub, Bezos now runs the largest tech company in the , by far, in terms of sales.

It looks like Apple also needs to watch its back — Jeff Bezos’s juggernaut may be unstoppable.