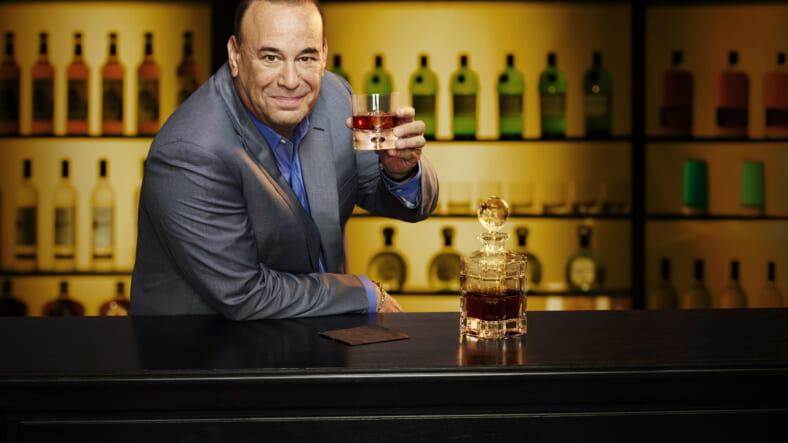 Jon Taffer is mad as hell — but he’s far from slowing down.The 61-year-old host of Spike TV’s Bar Rescue and the most censored man on television just crossed 100 episodes of his beloved hospitality program, which features a foul-mouthed Taffer finding floundering bars and restaurants across the country and turning them from horrifying shit-boxes to desirable venues in just a few days. It’s a grimy, frustrating, infuriating job, and Taffer approaches it like a pro wrestler angling to turn an ornery rookie into a pulverized piece of meet.But Taffer, who has 30 years worth of experience in the nightlife industry and has consulted for more than 800 venues in 30 countries, didn’t get into the TV for the shouting — he feels a deep love and respect for watering holes. “There’s a philosopher [eds note: American urban sociologist Ray Oldenburg] who articulated the concept of the coveted ‘third place,'” explains an enthusiastic Tapper over the phone. “The first place is home, the second place is work — we all have those places in our lives. But every once in awhile, we develop this third place in our lives that’s as important as the first and second, and that’s normally a watering hole or pub. It’s the center of our social existence, a nexus for human interaction outside of the computer screen at work or the family at home.” As Taffer joked in a Forbes interview, the first building in the U.S. was a church, but the second was a bar.

This is where Taffer’s trademark rage comes from: he holds bars in such high esteem that he’s truly furious when he encounters a watering hole that’s ignoring its social responsibility. “Any time a bar or chef cares more about their own ego than the tastes and comforts of their customers, they should just open a monument to themselves and not a business,” he jokes. “Cocktails and food are social. Eating something with someone is the second most sensual and intimate thing you can do in life. The experience can’t just be about consumption.”Taffer’s anger, he admits (pleasantly and with laughter, over the phone), is more exacerbated on the show because of the timeframe he’s working in; with no preparation, Taffer has to condense a 30-day turnaround into a 5-day work-week. “I don’t create the story; I follow the story,” he explains. “They just drop me in there and I go to work.”Luckily for us, Taffer shared his big secrets to identifying a real problem venue before you sit down and open a tab:

1. Smell is the most important indicator of a bar’s quality. “If it smells like shit, it probably is shit,” laughs Taffer. “You can tell within a second of entering a bar if it’s a place you should spend your time.”

2. Let your eye travel to the brightest spot in the room. “When you walk in the front door, your eye will land at the brightest spot,” says Taffer. “If it’s dirty or a mess or just plain unappealing, get out of there.”3. Music matters. The great thing about bars, Taffer explains, is that they bring together groups of people who would never socialize otherwise: Democrats and Republicans, a guy in a cowboy hat and a dude in a business suit, etc. But music matters for mood more than anything. “Is the music cool or uncool? Of course that’s subjective,” Taffer says. “But if you walk in and they’re playing your kinda tunes, you’ll know you’re in for at least an enjoyable evening.”“These three things together — smell, sight, and hearing — are all incentives to go or stay,” he adds. “They happen in under a second. If you don’t get past these three, the fourth or fifth factors don’t really matter.”

4, Scope out the clientele. You are the company you keep, and an examination of regulars can provide important insight into wether it’s worth sticking around or not. “If nobody has any teeth, and you have all of yours, you’re probably in the wrong bar.”5. The staff is the last line of defense. “Chipped nail polish, stained clothes, grease in the hair, not washing hands, sneezing — all of these things should tell you to get out of there,” says Taffer. After all, you’re not going to the bar for a bacteria cocktail. More importantly, you want to feel welcome. “If you’re going to make a third place, you have to feel it,” Taffers says. “You want to feel respected, important, significant, even if nobody knows your name. It’s only then that a bar can start to feel like home.”