This is going to be one hell of a party. 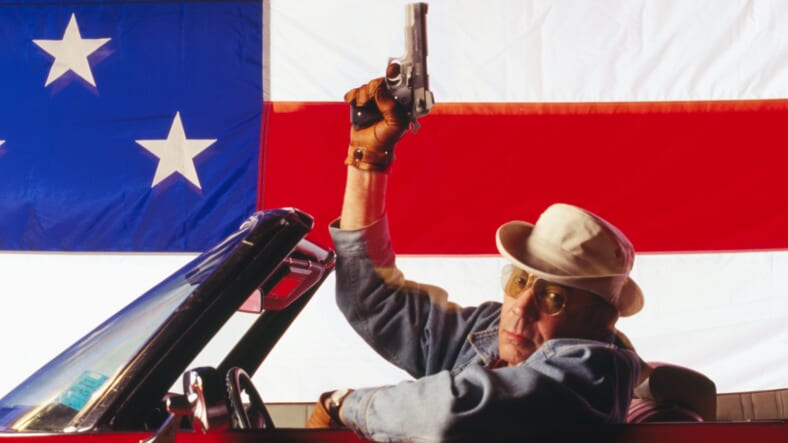 Coachella may have Guns ‘N Roses as a headliner and lots of bohemian babes in attendance, but there’s an infinitely more interesting festival that’s also happening this weekend. Louisville, Kentucky, birthplace of the late, great gonzo journalist Hunter S. Thompson, hosts the sixth annual GonzoFest on April 16. While Thompson is best known for having lived in Aspen during the height of his fame, his Southern hometown has been the one leading the charge to keep him from becoming a mere pop culture footnote.

Any drug-taking is strictly sub rosa; GonzoFest focuses on music, spoken word, art, food and lots of alcohol. One of the highlights will be a special screening of Fear & Loathing in Las Vegas, the 1998 film starring Thompson’s good friend Johnny Depp, who may make an appearance.

The festival also helps to raise funds for a statue of Thompson to be erected in a prominent place in Louisville and serve as a permanent memorial. In the meantime, a giant Thompson puppet will parade through the park where GonzoFest is being held. Because, why not?

Tickets are only $20 at gonzofestlou.com. In HST’s honor, we leave you with a recap of his infamous, and probably exaggerated, daily routine: