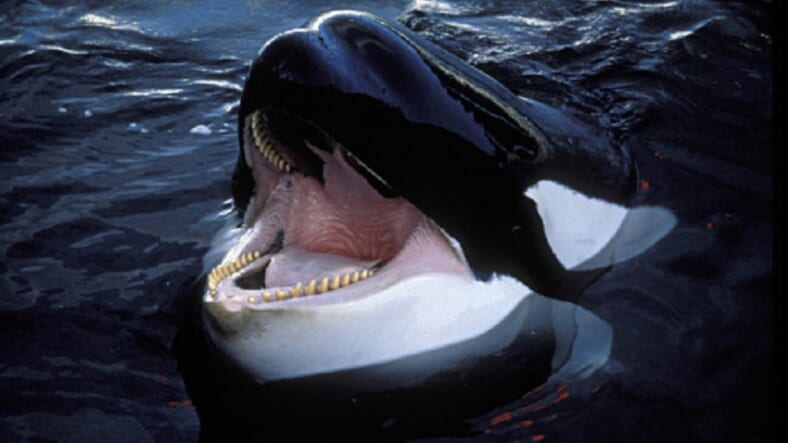 Ever since Jaws rumbled into theaters and scared everyone out of the water in the 1970s, we’ve looked at sharks as the ocean’s chief symbol of just how deadly the seven seas can be. No doubt sharks are still plenty deadly to the hapless human swimmer, but as this footage proves, even sharks aren’t safe when a pod of highly-intelligent giant mammals like killer whales come on the scene.

The drone video was recorded by the Monterey Bay Whale Watch on December 13th. It’s peaceful enough at first, with the lilting music and ocean view, but then the viewer realizes what they’re looking at. A handful of killer whales that Huffington Post reports had broken off from a larger pod, and they are tearing a hapless shark apart as casually as you might snap into a Slim Jim.

It’s just another day on the high seas, the sort of fate that probably befalls sharks and plenty of other fish all the time, but to get a look at it is to really see how intense existence can get.

Next time you see anything featuring those pleasant-looking giant orcas, remember this video. The true apex predator in this scenario playfully splashed water all over your family when you visited Sea World that time.