There’s no better breakup cure than babes in bikinis. 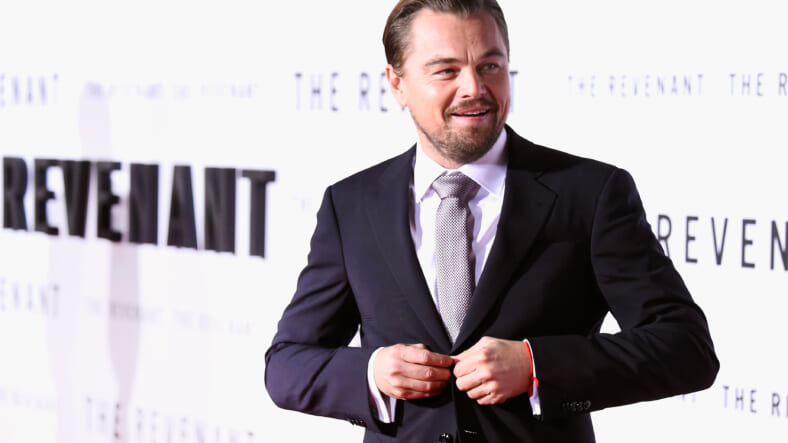 Breakups are difficult for everyone — except for Leonardo DiCaprio, apparently.

The Revenant star spent his day partying Sunday on the luxurious Nikki Beach in St. Barths surrounded by his posse and “a gaggle of blondes and brunettes in bikinis,” Page Six reports.

DiCaprio was spotted the day before news broke that he and his girlfriend, Sports Illustrated swimsuit model and brand new Baywatch star Kelly Rohrbach, had split. Here are the details from Page Six:

“While there was no particular girl Leo seemed keen on, the girls were trying their best — decked out in bikinis and all trying to act like the life of the party, dancing on tables and toasting with rosé,” a witness told us. “One girl wore a barely there star-spangled bikini in the pattern of the American flag.”

We’ve long known that Leo, 41, has a reputation as a party animal — remember that time he left a Miami nightclub with at least 20 women on his arm? — but it’s still refreshing to see him out and in full force after his fiery (if brief) relationship with Rohrbach fizzled out. Here’s more from Page Six:

DiCaprio seems to be enjoying the single life again after dating Sports Illustrated swimsuit model Rohrbach since April“Leo was smiling at a vintage photo of himself at [Nikki Beach] that was taken at its opening, in 2001,” a spy reports.

Good on you, Leo. You may not be an advocate of the adage “time heals all wounds,” but at least you’re not letting a little heartbreak get in the way of your fun. Now if you’ll excuse me, I have some ice cream and Fast and the Furious to consume.