This Private Scottish Island Is Yours for Just $350K 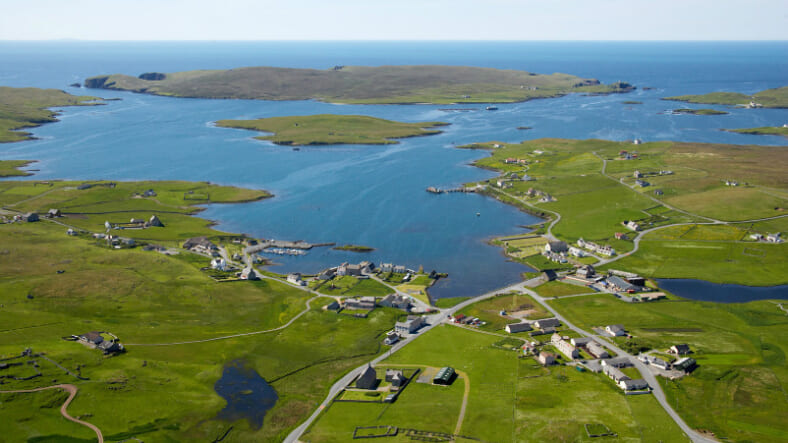 A couple hundred miles due west of Bergen, Norway amongst northern Scotland’s Shetland Islands lies the perfect summer hideaway. Linga—just one of several so-named islands in the region—is a 64-acre island near the village of Walls on Vaila Sound. And this scenic prviate island could be yours for a cool quarter million British pounds, roughly $350,000.

In addition to rebuilding its two existing cottages, a local architect’s plans include putting up a new cottage, building a pier with storage and reception areas, along with a windmill and solar panels for power, septic tanks for sewage, and rainwater capture for fresh water. All the fixins for a self-sustaining property.

Its northerly position means you’ll be able to party to virtually round-the-clock sunlight in the summer. And given the sketchy weather and darkness in the winter, you may want to head someplace slightly more tropical, such as London, which lies 600 miles to the south.However you develop it, nothing will top being able to welcome guests with: “Welcome to my Isle of Linga.” It sounds both luxurious and dirty at the same time. Perfect