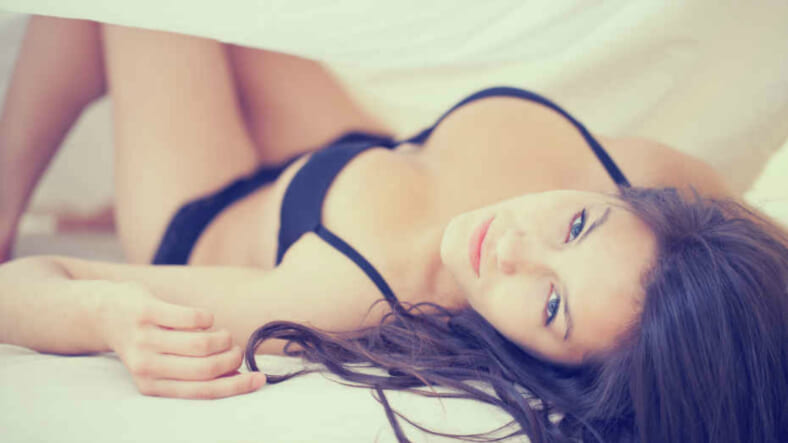 If you’re in a long-term relationship, I’m sorry to say, but your girlfriend might not be exceptionally satisfied, sexually speaking. I mean, we already know that being with the same person for years and years can end up feeling quite monotonous and frankly a little boring…not that that’s necessarily a bad thing, though.

Now, we’re not saying your dick game is weak or anything, but it’s just human nature to get a little bored with routine, and now, a recent study just proved that I’m-bored-of-the-same-dick syndrome is real.

Researchers from two universities in Finland analyzed sexual satisfaction in over 2,000 women over the course of seven years, and found that sadly, those who were in long-term relationships during the seven-year time frame were the least sexually satisfied, while those who were single and free to hop from one dick to the next were the most sexually satisfied, and even showed an improvement in their ability to reach climax.

While this is somewhat bad news, we have some good news, too: increasing sexual satisfaction in a long-term relationship is easy! An NBC News survey found that there are certain things sexually satisfied couples have in common, and they’re actually pretty easy to incorporate into your lackluster sex routine.

Apparently, the couples with the highest sexual satisfaction were those who were more or less adventurous, and spiced up their sex lives with butt stuff, experimentation (sex toys, anyone?), and by saying “I love you” during sex. Because what’s more passionate than telling her you love her while sticking something in her butt?

Long story short, gentlemen, if you want to keep her satisfied in the boudoir, you’re going to need to spice things up a little. You know, keep things exciting. Because vanilla sex is for squares. Just kidding. Whatever floats your boat. And hers.