Matthew McConaughey Has Partnered With An Iconic Bourbon Brand 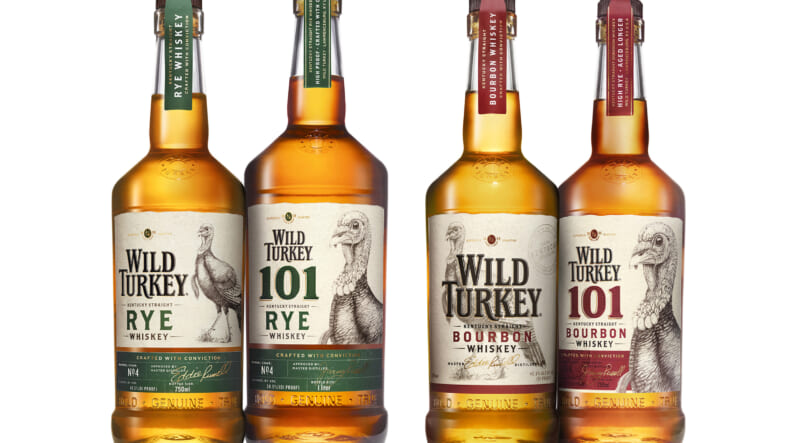 Having successfully made Lincoln’s cars cool again, the inimitable Matthew McConaughey is now turning the force of his charms towards Wild Turkey, the iconic American bourbon brand.

The Academy Award-winning actor has signed on as the brand’s Creative Director, “acting as a storyteller for Wild Turkey behind the camera and in front of it.”

McConaughey will “reintroduce the world to the legendary Bourbon brand,” which was first introduced in 1940 but has historical roots dating back to the 1800s, with a series of TV and digital ad campaigns that he’ll be directing. The campaign will launch in September.

A longtime fan of the spirit, McConaughey first visited the Wild Turkey distillery (above) in Lawrenceburg, Kentucky a couple years ago. While there, he was introduced to Jimmy and Eddie Russell (below), the Bourbon Hall of Fame father-and-son Master Distiller duo. The two have worked at the Wild Turkey Distillery for 97 years collectively.

The True Detective star was “intrigued” by the three-generation family behind the bourbon, as well as the untold story of a truly iconic American brand.

“Wild Turkey has the history and qualities of a brand that depicts the dedication of someone to do something their own way – even if that way isn’t always the most popular,” McConaughey says.

“I want to help share their unique story, starting with a new ad campaign that I feel really captures the special essence of this brand while introducing itself like never before.”

“When making a movie, you have two hours to tell a story,” the actor notes. “Here, I have 30 seconds to reintroduce the world to this authentic American brand that has helped shape an entire U.S. industry: bourbon. It will be a very interesting and fun challenge.”

This feels like a great time for a toast….