If she’s still checking her ex’s Instagram, watch out. 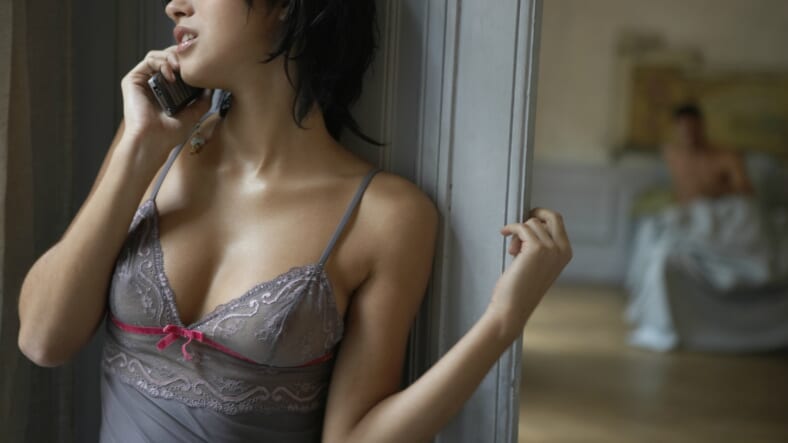 According to psychologist Martin Graff, there’s a very sneaky type of infidelity called “micro-cheating” that sits right on the border between faithfulness and legit cheating, and it’s something to watch out for, because it can completely destroy your relationship in the blink of an eye.

Apparently, micro-cheating is the vague limbo between full-blown philandering and just being friendly, and includes things like saving a contact in your phone under a fake name, messaging a former flame even if it doesn’t include meeting up with them, texting people flirty emojis like hearts, and even regularly checking an ex’s Facebook and Instagram profile.

In other, shorter words, it’s not very productive for an existing relationship to show someone who is currently not your significant other a little too much “digital interest.”

This makes sense, considering how social media has made everyone easily accessible, and you can reach your ex with two clicks and send her a saucy Snapchat without your current girlfriend finding out. This also works the other way around, and your girlfriend might be doing this with her ex boo, too.

“It can be something as simple as repeatedly ‘liking’ someone’s posts on Instagram or commenting on someone’s Facebook,” Graff says. “So much of human relationships has moved online. Is sending a heart in a Facebook message being unfaithful? Or is it micro-cheating?”

Hmmm…I don’t think a simple emoji counts as cheating. But if it follows a text that says something like “I miss you and wish you were here right now,” it’s obviously a little more poisonous.

And based on that, you know how some women get all sorts of jealous and upset when her boyfriend likes another woman’s Instagram posts, or they feel uneasy when he still follows his ex on social media? With micro-cheating in mind, I guess we can say they have a good reason to be upset, because there’s always a biological mate competition between females, and mate guarding is very real. Even if he has no ill intentions, it’s going to take the relationship in the wrong direction if she feels like she has to compete for you and she’s losing.

“Secrecy or covert communications are often, but not always, a sign of micro-cheating. In terms of the history of human communication and relationships this is all brand new. Social media interactions have an inherent ambiguity. Studies clearly show that the increased usage of social media has been accompanied by an increase in real-life arguments and negative consequences for couples as a result of actions on social media.”

However, as real as micro-cheating may be, some might argue that keeping tabs on your girlfriend’s social media activity, or her keeping tabs on yours, is an invasion of privacy. Deciding on what the boundaries are in a relationship, and deciding if checking each other’s social media profiles is OK or not depends entirely on the people involved, and she’s under no obligation to let you look through her phone, so it varies case by case.

But just a word of advice from me to you: If she’s hiding her phone or computer defensively and not letting you look at anything, she might actually have something to hide.