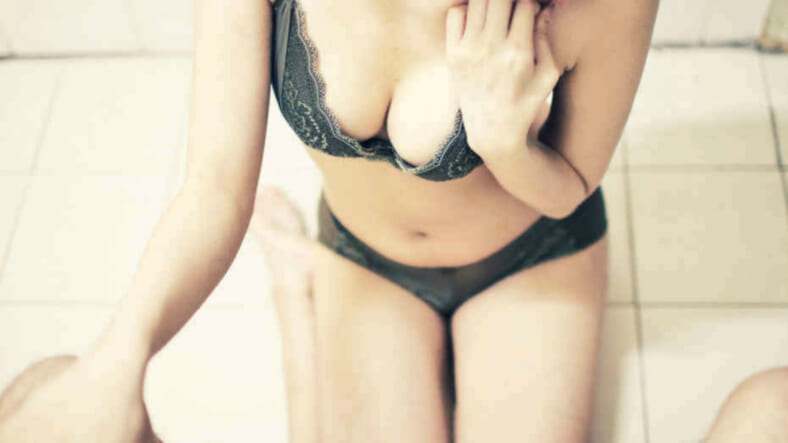 Let’s get one thing straight – women are hot. Simply everything about the female body is aesthetically and (sexually) pleasing. I mean, just look at this:

But obviously, some of her body parts are sexier than others. To illustrate, think of Doutzen Kroes’ amazing ass. Sends a shiver up your spine and a tingle down your junk, right? And now think of her elbows. Probably not as titillating, even though they are still quite nice, right? Right.

That’s why UK-based pharmacy, Dr. Felix, just released a series of infographics that reveal the body parts and features of a woman that men find sexiest, just for the hell of it, I guess.

For starters, it would seem as though the most attractive feature on a lady is her face, with 46 percent of men ranking the face as the sexiest feature, followed by her ass, with 18 percent.

Surprisingly, boobs are ranked lower in attractiveness than third-place finisher hair, which definitely explains why women spend so much time and effort curling and coloring their hair.

Next, Dr. Felix examined how preferences change with age. The most important discovery made here was that younger men are hypnotized by a beautiful booty, while older men prefer a pretty face over anything else.

And lastly, it was found that geographical location within the US has an effect on what men find attractive, too. Most notably, we can see in the infographic that Montana and Nevada breed ass-loving men, while Vermont is the state of boobs. Everywhere else just pays attention to faces.

And now, for what women find most attractive in men. Oooh, better get excited for this!

When it comes to women, 24 percent find your pecs ultra sexy, followed by hair at 22 percent, and then arms at 19 percent. You know what that means, right? Best invest in a gym membership and some hair products, my friend.

As women get older, hair becomes more and more important, probably because so many dudes have male pattern baldness. But no shame in that. No shame at all.

And finally, location. Women in Alabama absolutely love sexy, muscular legs on a man, but despite that, hair, again, seems to be the most important feature, with some states lovin’ on the V-cut and chest, too.

That said, take good care of your hair, gentlemen. Unless you live in Alabama. Which, in that case, don’t skip leg day.