The Brotherhood: A Navy SEAL Commander Explains the Essence of Battle

Decorated SEAL Rorke Denver opens up in his new book ‘Worth Dying For.’ 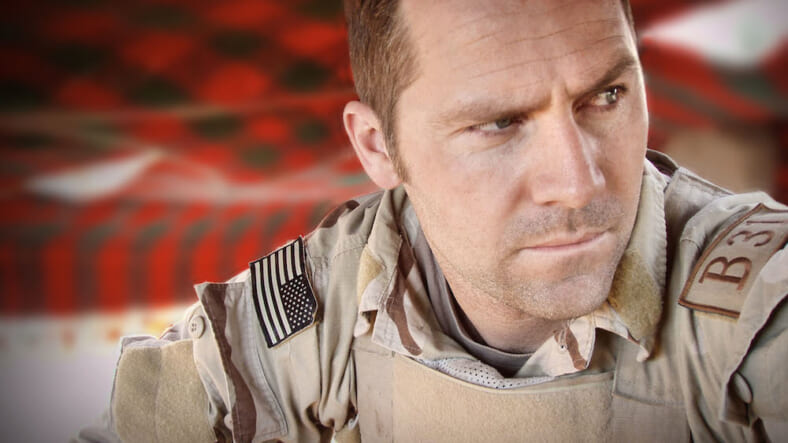 Rorke Denver is a decorated former Navy SEAL commander who led Special Forces missions in the Middle East, Africa and Latin America. He appeared in the movie ‘Act of Valor’ and stars in the upcoming Fox reality series ‘American Grit.’

Here, an exclusive excerpt from the ‘Why We Fight’ chapter of his new book, ‘Worth Dying For’, which comes out April 5.

I am committed to this team, the fellow warriors who fight at my side. They—the brotherhood we share—are why I serve.

Every great military unit is its own special tribe. For SEALS the tribe is made up of the SEAL teams that share a common ethos or code: members subjugate individual needs to the needs of the group. And it’s the good of the tribe that rises above the preferences of any individual. This is key. In the SEALs, we call it the brotherhood.

We teach this special unity in basic training and drive it home every single day after that: “Take care of your buddy.” “Team before individual.” “No one is ever left behind.” These are non-negotiables. We are not going to leave a fallen comrade on the battlefield, no matter what. Can the zealots we fight say that?

Some of the bravest acts I have ever witnessed—some of the most heroic acts I have ever performed—have occurred in the heat of battle in combat zones as a warrior put his own life in mortal danger to help a besieged team member to safety.

I’ve seen guys run into live fire. I’ve seen them dance across IEDs. I’ve seen these heroes barrel headlong in the direction of falling mortar shells. I’ve even done some of those things myself. And the reason was always the same: A love of country expressed through a commitment to teammates. The two are so intertwined as to be inseparable.

More than once, I’ve seen a soldier in trouble, concerned less for himself and more for his team, selflessly shouting across a battlefield or into a radio, demanding that his teammates not risk their lives to pull him out just yet. “Do NOT advance. I repeat. Do not advance.”

The ultimate expression of this was my teammate Mikey, who ended up jumping on a grenade to save his buddies’ lives. It’s one thing to get shot. You don’t know the bullet is going to hit you when you hear gunfire and see an enemy taking aim. We’ve all heard cracks. I swear I’ve even felt bullets going past me. But I never thought, “Okay, let me jump into one of those.”

He saw the grenade on the roof. He could tell it was about to go off. He recognized the damage that it could do to his teammates who were standing nearby. He selflessly threw his body on it, saving his teammates and friends. All we can do is guess what Mikey was thinking. He was never able to say. But I’m betting he understood exactly what he was dying for when he jumped on that grenade.

And I’m sure Mikey had never discussed that possibility or predicted how he might respond. It was inherent inside of him somewhere. It came from his heart, was displayed in his actions, and lived on far longer than words.

When death occurs on the battlefield, we send the fallen off properly. Military funerals are different from any other funerals I have ever been to. When I was growing up, I attended funerals for my uncle and various older relatives.

I remember the tear-filled eulogies and the family gathering together for old-style Irish wakes. There was always a retrospective of the person’s life, recalling their accomplishments, and the role they played in the family, and how they enjoyed spending their leisure time. Those funerals were sad, but also meaningful gatherings.

Military funerals are on another level entirely. The way we say good-bye to our dead—the flag-draped coffin, the deceased in a dress uniform, people acknowledging the ultimate sacrifice—comes together in an almost indescribable reverent way. You can’t attend a military funeral and not feel it. The entire experience is packed with significance. The respect is palpable.

There is the recognition that this person and his sacrifice are part of something much larger. There is the understanding that he made the sacrifices necessary to serve his country.

If he died fighting for the country, there is profound reverence for that ultimate sacrifice. There is the confidence that his fight will be carried on by his dedicated teammates. And in far too many instances, there is the tragedy that he died so young in life.

The first time I experienced a full-uniform, pomp-and-circumstance military funeral, a range of emotions rushed through me. That roar of powerful feelings didn’t frighten me. It didn’t give me pause or reason to question my own choices.

Instead, as I listened to “Taps” and stood among the throngs of other uniformed warriors, I felt emboldened, which I suppose is the point. I couldn’t help but think as the service continued, “Wow, if I have to go out early, that is the way to go.”