Your Coworkers Are Probably Having Sex with Each Other, Suggests New Survey 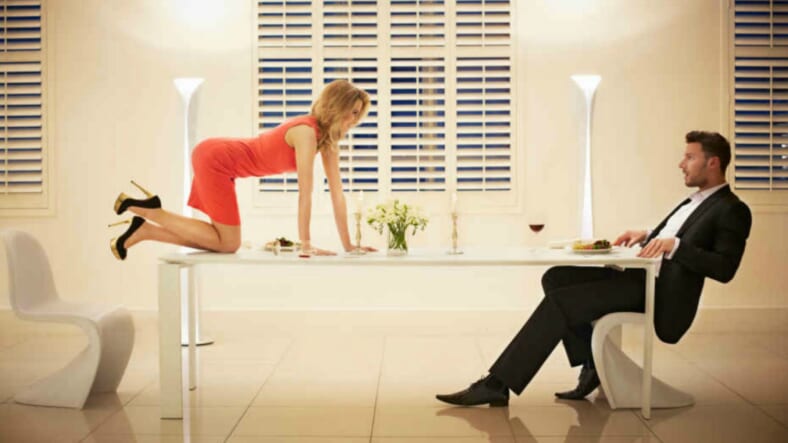 Sometimes, office hookups are inevitable. Being around the same people for long, long hours every single day, working late together, occasionally going to happy hour and getting tipsy after work? That, my friends, is a recipe for attraction.

And guess what? According to a new survey from an Aussie gadget company, Yellow Octopus, it looks like a good chunk of us like to get naughty with a coworker — in the office! *gasp*

For the survey, researchers asked over 1,000 people about their in-office behavior, and found that, not surprisingly, 11 percent of people have had sex in the office with a coworker, and another 4 percent said they’ve gotten naughty with a non-employee in the office, bringing the tally up to a total of 15 percent.

And obviously, most people aren’t going to have sex in the office in broad daylight, which is why the greater majority of that 15 percent said they did the deed after everyone else went home. You know, to avoid getting caught.

However, a small chunk of naughty folks proved to be the ballsy bunch, and said they had an office quickie in the middle of the work day, while everyone was still in the office. Goddamn, that’s brave.

Furthermore, 5 percent of female respondents admitted to rubbing one out during work hours, as well as 13 percent of men. Damn, fellas. Can’t keep it in your pants, can you?

But if you think that having sex or jerking off at work is A-OK and you definitely won’t get fired if you get caught, you’re mistaken, my friend. According to 79 percent of people, pleasuring yourself in the slightest while at work is a fire-able offense, so it’s best you keep it in your pants until you get to the comfort and safety of your own home.