OkCupid Has Some Very Good News for People in Open Relationships

A new feature could be a game-changer for 42% of their users. 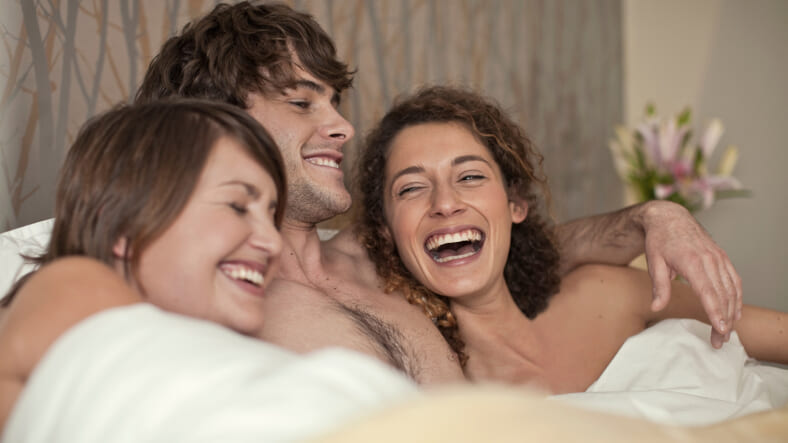 Couples who are in an open relationship or are polyamorous (those who pursue romantic relationships with more than one partner at a time) often face a massive hurdle on dating apps: searching for another partner in an open, honest, and verifiable way. It can be difficult to prove upfront that you’re in a relationship that doesn’t preclude bringing in an additional partner. Some app users even report being flat-out lied to, with matches soliciting sex claiming their partner was on board, when in fact they were not.

OkCupid is taking a major step to even the playing field by introducing a new feature, ostensibly aimed at polyamorous users. Now, anyone who selects the status “married,” “seeing someone,” or “in an open relationship” can link their OkCupid profile to another user. In this way, they can be completely transparent about what they’re looking for and more easily seek out a third (or fourth, or fifth!) partner. Adding another later of security, the feature is a double opt-in, requiring both users to accept the “linking” request.

And it couldn’t come at a better time, as more and more users identify as poly. According to the Atlantic:

“According to the company’s data, 24 percent of its users are ‘seriously interested’ in group sex. Forty-two percent would consider dating someone already involved in an open or polyamorous relationship. Both numbers represent increases of 8 percentage points from five years ago.”

In an email to Maxim, Jimena Almendares, OkCupid’s Chief Product Officer said, “We saw a need coming from current users in non-monogamous relationships (including the validation of ‘yes, my partner does really approve of this’) and we identified a trend towards more openness, and even curiosity, regarding non-monogamous and open relationships.”

When asked whether or not we might see this trend continue on other online dating services, Almendares continued, “I hope so. We were one of the first major sites offering different orientations (straight, gay and bisexual) ten years ago… Finding the right partner is extremely important. Hence, users should have the option to best describes who they are and who they are searching for.”