“It’s not you, it’s your love of public nudity.” 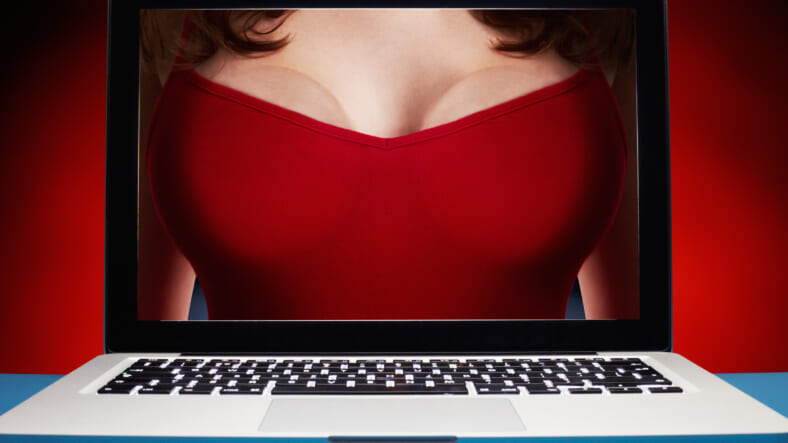 If there are two truths to life in 2016, it’s that we’re in the golden age of online dating, and that there are a million and one ways to make your Tinder date run far, far away from you. But it turns out that for some people, certain supposed deal breakers actually don’t matter, meaning there’s hope for everyone!

According to a survey conducted by Consumer Affairs, certain things that most people consider to be deal breakers, others let slide with or without some sort of explanation. And what are some of these said deal breakers? Already being married, streaking, possession of drugs, murder, etc. You know, just things that are typically frowned upon in society.

Personally speaking, asking my date if they’ve killed anyone recently isn’t the first thing that comes to mind, but of those lucky individuals that do ask and end up hearing “Yes, actually, I have,” 3% of men and 2% of women would simply smile and shrug, and 14% of males and 8% of females would be like “OK, cool,” after a convincing explanation. Murderers need love too. We repeat: 14% of you dudes would be totally cool with dating a murderer.

If a murderous significant other is a little too intense for your liking, you might be part of the greater majority of people who are totally okay with dating a pothead, because only 42% of males and 48% of females said the possession of marijuana was a deal breaker. However, people were a little less forgiving of those who pop Percocet like tic tacs or powder their noses with cocaine, with 66% of females and 58% of men ruling possession of controlled substances a deal breaker.

Other deal breakers include posting racy pictures on social media, being homophobic or a dirty racist, and having a record of DUIs. Again, they are technically deal breakers, but there are exceptions to every rule.

So, you could dodge conversations of questionable behavior forever, or just be honest and hope they still like you, because there’s always a chance. Good luck.