Ordering the Same Food As Your Tinder Date Could Make Her Like You More, Says New Study

“I’ll have what she’s having.” 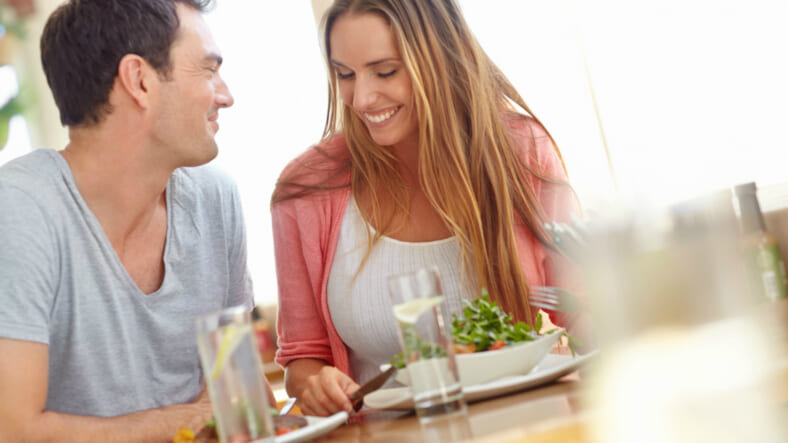 Here’s a little secret: ordering the same food as your Tinder date could make them like you more. Who woulda thunk it?

According to a new study by behavioral psychologists at the University of Chicago, people feel “closer to and more trusting of those who consume as they do.” So basically, those who eat chicken tikka masala together, vibe together.

In the study, researchers gave one group of strangers the same foods to eat, and gave another group dissimilar foods, then had the participants complete certain tasks that tested trust. For example, one of the tasks asked participants to role-play as trade union figures negotiating wages. Not that you’d do that on a first date, though.

Analysis of the data showed that food “influences conflict resolution, with strangers who are assigned to eat similar foods cooperating more in a labour negotiation, and therefore earning more money.”

The researchers wrote in the report, published in the Journal of Consumer Psychology, that food is “especially beneficial for new relationships where people have limited information about the other person and are forming first impressions.” Well, yeah, if she’s eating raw steak with her hands, you might want to go consider going home immediately.

However, “similarity in food consumption is not indicative of whether two people will get along or whether someone is trustworthy.” Makes sense. Just because you both ate chicken parm doesn’t make you couple of the year. But still, it doesn’t hurt.

So, if you’re on a Tinder date and want to make a great impression, bust out an iconic movie quote and say: “I’ll have what she’s having.”