The Most Attractive Breast Size Has Finally Been Revealed 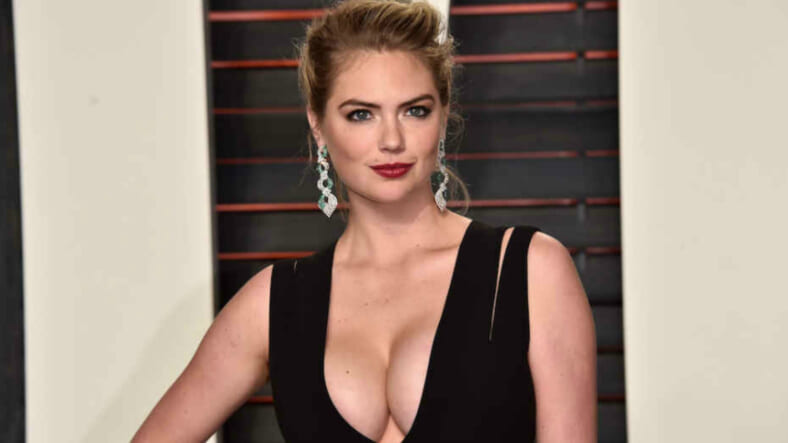 Hello, gentlemen. Today we will talk about breasts, because why wouldn’t we? Boobs can be a topic of conversation any day on the Gregorian Calendar, but today is a special, because science seems to have found out what the most attractive breast size is on a woman actually is. Hooray for science!

On a noble quest to determine what type of female figure is most appealing to men and how it ties into evolution and breeding, researchers at Charles University in Prague found that, contrary to popular belief, men don’t always like a big honkin’ bosom. Rather, it was found that not-as-large, perky breasts were the preferred type.

Previously, we might have bet on Katy’s epically ample chest being more universally appealing, but the findings of this study suggest J-Law’s medium-sized girls take the cake.

This is a little surprising, because it was previously believed that bigger breast size indicated higher estrogen levels, which meant large-breasted women were more fertile. And since men are subconsciously attracted to women who can pop out healthy babies, the researchers hypothesized that men would totally be attracted to huge knockers.

But no. That’s not how things turned out. Apparently, there’s more to the reproductive enigma than just boob size.

In their study, the team of researchers recruited 267 men from four different countries–Brazil, Cameroon, the Czech Republic and Namibia–and surveyed them on their breast preferences. Then, the men were shown pictures of different sized boobs of varying firmness. Some were large albeit saggy, others were sprightly A-cup tater tots…well, you get the idea.

The results? “Individual preferences for breast size were variable, but the majority of raters preferred medium sized, followed by large sized breasts. In contrast, we found systematic directional preferences for firm breasts across all four samples,” the authors wrote in the published report.

So, bigger is not always better, but firmer definitely is. The authors explain that even though breast size is a good indicator of fertility, “breasts become less firm with age and parity, and breast shape could thus also serve as a marker of residual fertility.”

This means that if a woman has pretty sizable chesticles but they droop down to her belly button, she’s likely pretty old and not fertile, which is why you don’t find that whole scenario too endearing. Same goes for pocket-sized breasts, too. Probably not too fertile. But you never know. Biology is full of confusing loopholes.

The researchers conclude that the sagginess that comes with increasing age and declining fertility, as well as estrogen-dictated breast size come together to synthesize the mathematical equation of the perfect pair of hooters, which is: