Welcome Aboard the Most Luxurious Plane Ride of All Time

The Points Guy gets the ultimate experience on his way to Abu Dhabi. 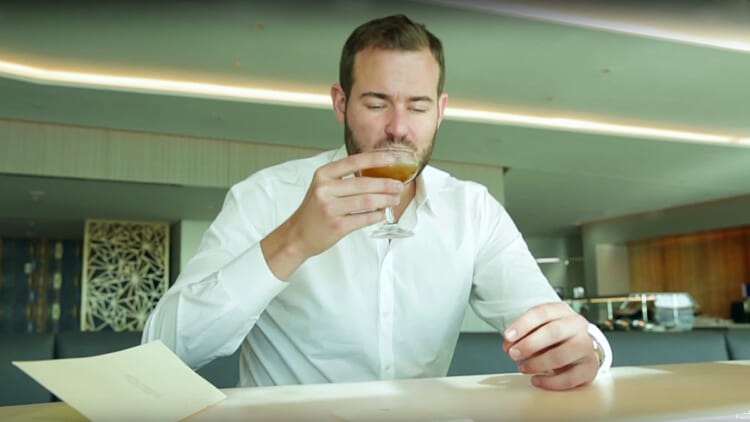 Some people are just #blessed. Brian Kelly (a.k.a. “The Points Guy“), is one of those people. While you were hacking away at a dead-end day job, he was being treated to luxuries you can only dream of: Kelly was the first to experience Etihad Airways‘ ridiculously opulent A380 Residence service, flying 13 hours from JFK to Abu Dhabi.The whole experience began at his New York City apartment, with Kelly being greeted by not one but two cars, a BMW 740li for himself and another vehicle just for his bags. Whisked to JFK’s Terminal 4, he was introduced to Etihad Airways’ brand new lounge.

After a signature cocktail, he was brought to a special private area of the lounge only for Residence guests—about the size of a small Manhattan studio—before being brought aboard the plane (first, of course) and introduced to his butler.

Once given a tour of his three-room suite, Kelly was treated to some fancy Middle Eastern fish eggs and his favorite vodka martini to wash them down.

For his main course, Kelly requested his Italian chef prepare a Thanksgiving feast, which he shared with a fellow blogger who’d used her American Airlines miles to book a nearby first-class apartment (as seen below).

A wine tasting from around the world finished off the meal, Kelly freshened up with a post-dinner shower and then he bedded down for an expensive rest on his big fluffy pillow-laden double bed. Given that the almost 13-hour flight normally costs $32,000 (yes, each way), he was napping at a rate of about $2,500 per hour. And thus came to a close one of the best Mondays ever.