Take it from them. 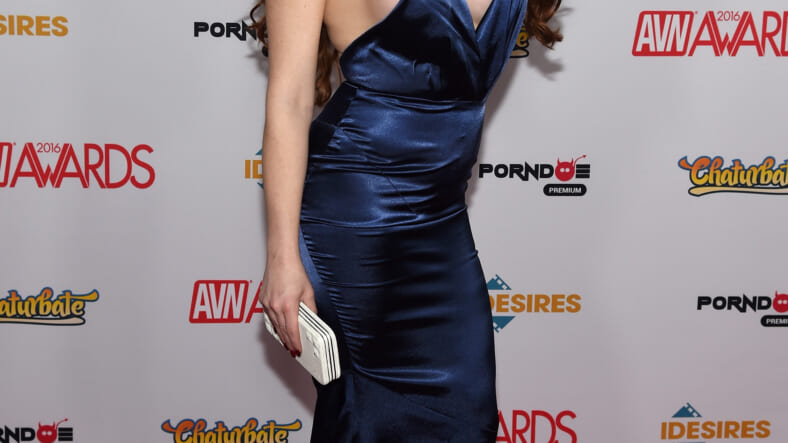 There’s no denying you and your right hand are likely all too familiar with the work of these talented individuals. They make wildly complicated positions look as easy as tying your shoelaces. They take on multiple personas, both comedic and alluring, to make you laugh and get you off. But most importantly, they make a living doing the one thing you wish you were doing more of: having sex.

At the AVN Awards red carpet this year, we asked 9 adult performers about the secrets to their success. Luckily for you, they were happy to supply their best advice on how to attract a woman, how to communicate in bed, and the best places to pick up dates.

Naturally, Ron Jeremy had the most to say.

Jayden Cole“Be honest. That’s the thing, I love guys in their late thirties and forties because guys in their twenties and early thirties always feel like they have to put up a facade with you if they’re intimidated or attracted to you. Older gentlemen don’t care, they have legit confidence to just be honest all the time.”

Anna Bell Peaks“Be honest with your woman. Be good to her.”

Veronica Vain“The number one thing women like across the board is to feel desired. Really make her feel like she’s special, and it’s pretty easy to steal girl’s hearts that way, even if you’re not the best looking guy.”

Ela Darling“Be confident, be polite, and love yourself.”

Cindy Starfall“Always be a gentleman, don’t be too aggressive. We all know you want to get in our pants and it’s gonna happen. So just be gentleman and be patient.”

Vicki Chase“Be honest in the most gentlemanly way you can be. Don’t be so harsh. Us girls have a hard time trying to please ourselves, let alone you guys. So don’t be assholes. Be cool.”

Ron Jeremy“Two things. One, girls like the schmaltzy stuff, the corny stuff. Flowers, candy, be a gentleman. Girls still like that. The dweebs, the nerds, women still like that. Two, the best place to meet women is a discotheque or a club with music, because you’re allowed to break the ice with, ‘Do you want to dance?’ You might get lucky at a supermarket, a restaurant, a laundromat, but you might also get someone saying ‘Hey dude, that’s my girl!’ Or, ‘I’m doing my laundry, leave me the hell alone!’ It’s not automatic rights to talk to a girl. Whereas at a discotheque you are perfectly entitled to ask, ‘Do you want to dance?’ And she could say no, but you have a right to ask and that breaks the ice. Then you’re dancing with a girl. Give 10 bucks to the DJ to play a slow song, and then you’re dancing closer. Don’t make the first move. Girls love a guy who doesn’t make the first move.”

Elsa Jean“Don’t be too cocky. It really turns me off when a guy is too cocky.”