Death-defying aerobatics give you wings. 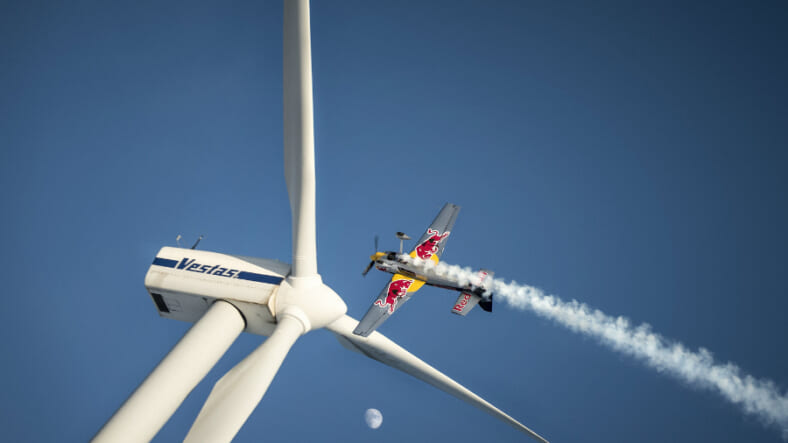 To test his skills for an upcoming Red Bull Air Race, Austrian pilot Hannes Arch performed a high-speed slalom at the Tauern Wind Park in his hometown of Styria, leaving a cloudy trail behind as he weaved throughout 14 giant turbines.Keep in mind, this ain’t just some drone race. That’s a real pilot pulling real Gs, who’d really be in trouble if he clipped either a tower or the blades that each dwarf his plane in size.

Arch and his competitors have just a couple more weeks before the big race hits Spielberg. Austria. The tour then takes these aerobatic flyboys to Japan and a few other spots in Europe before making their first U.S. stops in October, at the venerable Indianapolis and Las Vegas motor speedways.