20 Signs That a Guy Is a Keeper, According to Women on Reddit

“My boyfriend always makes sure my laptop/iPad/watch are plugged in.” 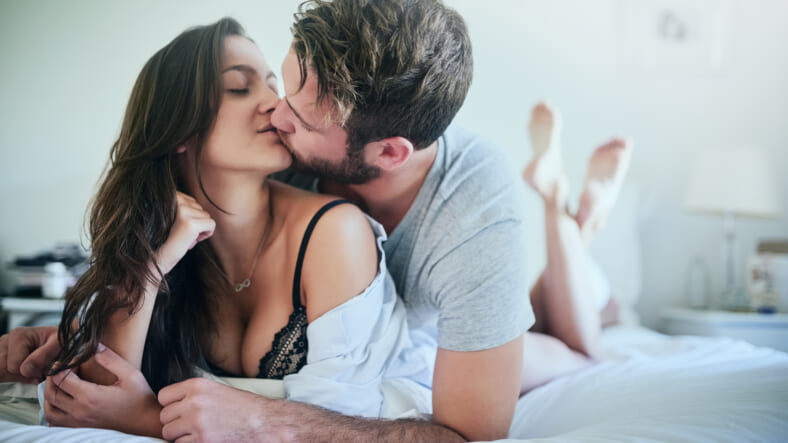 As someone who has probably been in a romantic relationship or five before, you already know there are specific moments when you just know the person you’re dating is a keeper.

But while you, as a man, have your own set of standards that make a woman a keeper, it’s hard to know what little details women look for in a man that makes him a keeper. Surely, you’d want to know what things make you boyfriend material, right?

Well, lucky for you, FHM found an askreddit thread that inquires: Girls, what are some signs that a guy is a keeper?, which garnered 4497 comments in just a few days, but since it’d be damn near impossible to read through nearly five thousand comments, I did the dirty work for you and picked out 15 of the top signs that women agree makes you a certified keeper.

1. “We were about a year into our relationship when my dog passed away. I was of course devastated and my boyfriend insisted on coming with me even though he hadn’t slept in about 30 hours. We got to my parents house, it was raining and miserable. I wanted to bury her in the backyard but with all the rain it was just impossible for me to do. He ended up in just his jeans and socks scooping the clay/mud mixture out by the handful (shovel was pretty much useless). At one point my dad said something along the lines of “you didn’t sign up for this did you?” And he responded with, “I signed up for anything in her life” Both I and my parents knew he was a keeper that day. It’s been six years and happily going strong.”–narcoleptic_unicorn

2. “We were on the couch and I fell asleep. After a little bit, the sun started streaming in the window…I woke up to his hand shielding my eyes from the sun. Always thought that was a sweet gesture.”–brttsky

3. “When I first started dating my SO, his brother’s bitchy girlfriend would leave her two ancient, crippled dogs with him when they would go out of town. These poor things were on their last legs, blind, so arthritic they couldn’t even walk, and horribly incontinent. But my SO never got upset or impatient with them. He would calmly clean up their poop and pee, carefully carry them outside and set them in the grass to try to get them to go, quietly talking to them all the while, like, “Uh oh, did you have another accident? It’s okay, let’s clean it up… here you go buddy, have some food…” Etc. I knew after witnessing that, that he was a total keeper.”–Cealdi

4. “If he would rather be honest with you and risk upsetting you than lie to you. Someone who is willing to tell the truth even if it means a bad outcome for them is a special kind of person. It’s easy to keep someone happy with lies.”–Eshlau

5. “When he pulls the covers over you and kisses your cheek when he thinks you’re asleep.”–jurassicfarts798

6. “He sends you pictures of cute dogs when you’re having a bad day.”–RhymesWithDonna

7. “I was over at my boyfriends house and my boyfriend and I got into a pretty bad argument because of something I did and he was really pissed, so we didn’t talk for the rest of the night. I didn’t have my house keys so we slept on opposite sides of the bed, and I didn’t have a blanket. Well in the middle of the night I felt him put a blanket over me and put my head on a pillow, that’s how I knew.”–hennessyybrown

8. “If he enthusiastically cooks dinner for you every day, even if you didn’t ask him to, he’s definitely a keeper.”

As a bonus follow-up on that:

“I think if a dude cooked me dinner, like JUST for me, with the intent of knowing I love it and it makes me happy, I’d bang his brains out after the post-food nap. I don’t think anyone has ever done that.”–_Kakuja_

9. “When you are going through something rough and he listens and comforts you without judgment. When you can feel how much he cares and hurts to see you hurt.”–Missteeze

10. “My boyfriend always makes sure my laptop/iPad/watch are plugged in. It’s the little things that make you realize he’s a keeper.”–mth69

12. “He’s polite to waiters/cashiers/anyone in a less powerful position, even if he’s having a bad day or something is going wrong.

“Maintaining basic decency and civility towards everyone even when things are shitty is an important quality.”–InannasPocket

13. “He does things ‘just because’ without an ulterior motive. When my then boyfriend, now husband, woke up early to bring me breakfast I said ‘What’s the occasion?’ And he said ‘No occasion. Just because.’ I knew he was a keeper.

“Every once in a while he still does things like drop by my work with flowers, vacuum the carpets, draw me a warm bath, just because. Glad I kept him. ;)”–ligamentary

15. “My boyfriend bought a coffee maker for when I stayed over. He doesn’t drink coffee. One morning I was leaving and he came running outside to give me a hot cup for my drive. Yep, he’s pretty great.”–VikingPug

16. “Someone who will challenge you and make you better. Kind and fun and laid back, but stands up for his beliefs, but accepts differing views exist and doesn’t feel the need to chase after someone to prove a point.”–hometowngypsy

18. “He actually listens to you and remembers what you say.”-polkadottulip

19. “When you two can just sit and play a new videogame together and just enjoy it. No need for sex or anything (i wont mind if it escalates) but just general enjoyment around each other. Other than is him having a clear view of what he wants in the future.”–ZedasiriaDeRazz

20. “He’s honest and loyal especially when he’s been drinking.”–sometimes_Lies_alot