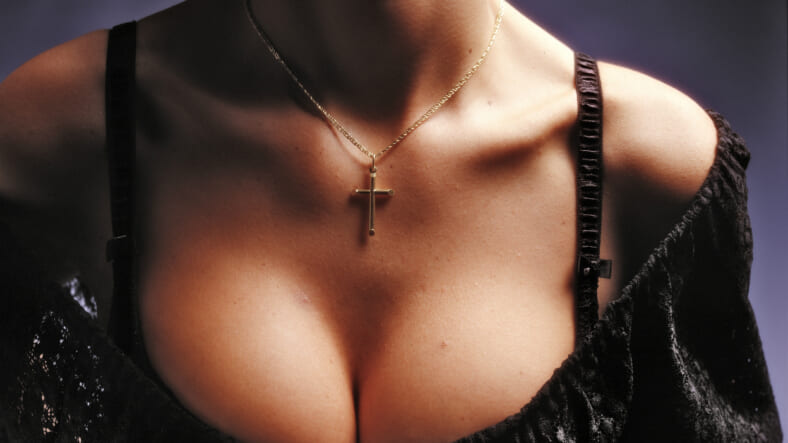 The results of the study showed that biggest porn-lovers in America are…drum roll, please….Evangelical Protestants who believe in God, attend church very often, and take the Bible literally.

If you can’t have sex with your wife, you’re obviously going to be very frustrated below the belt, so it only makes sense that you’d jerk off as often as you physically can.

Anyway, I’m not an evangelist, so I wouldn’t know what the real answer is, but these theories seem pretty plausible. It’s kind of similar to how the Japanese are very respectful and proper in daily life, but they also have a seriously wild kinky sex culture. What they can’t express in certain areas of life, they make up for in others.