Richard Branson Is Back With a Brand New Virgin Galactic Spaceship 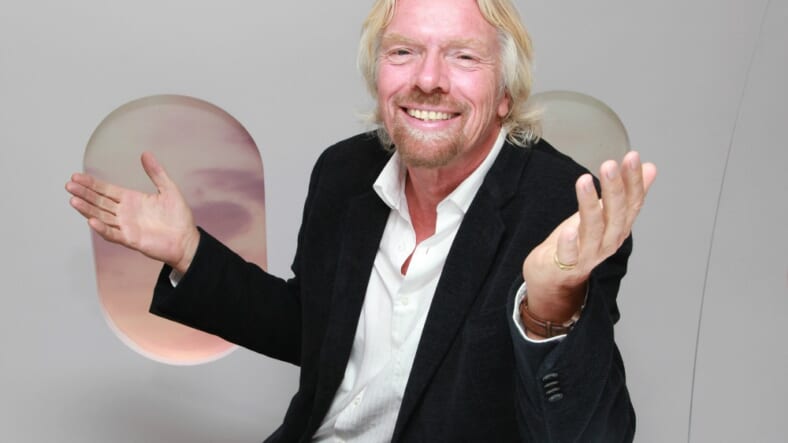 Adventurer-billionaire Richard Branson is not the type to give up on anything, let alone his magnum opus: a passenger spaceship that travels to and from outer space. A mere 16 months after the crash of his SpaceShipTwo VSS Enterprise over the Mojave Desert, which killed the copilot and injured the pilot, Branson is back with a model that’s shinier, sleeker, and purportedly safer than its predecessor: the Virgin Galactic spacecraft the VSS Unity.

Branson unveiled the silver beauty, named by the physicist Stephen Hawking, at the Mojave Air & Space Port in California on February 19th. “We are entering a new space age and I hope this will help to create a new unity,” said Hawking in a prerecorded message. “Space exploration has already been a great unifier. We seem able to cooperate between nations in space in away we can only envy on Earth.”

One of the first passengers to travel in the craft will, in fact, be Hawking himself. Branson has promised the 74-year-old genius a gratis ride in the spaceship, a trip that will cost mere mortals about $250,000. (So far, upwards of 600 people have signed on.) The British scientist, who has ALS, is already training in weightless environments in preparation for the voyage.

But just when he’ll get to go remains to be seen; Branson has not yet released a timetable for the ship’s development and launch—probably a wise decision, given the October 2014 crash.

Rather than launch into space from Earth, the vessel will be shuttled to an altitude of about 50,000 feet by a mothership carrier called White Night Two, which will light the engine’s motor and propel it 62 miles up to the Kármán Line, the accepted definition of where space “begins”.

While the Unity won’t orbit the Earth, it will give passengers the opportunity to experience microgravity—and a descent back to Earth that’s modeled on the aerodynamics of a badminton birdie. (The craft undergoes “feathering,” whereby the tail and wing assembly rotate in order to provide more surface area in order to slow the vehicle down.)

Branson, who founded Virgin Galactic in 2004, regrouped after the test-flight accident by having the Spaceship Company, a subsidiary wholly owned by Virgin, build its new ship. Its first aircraft is the VSS Unity; the Enterprise and its predecessor, SpaceShipOne, were both manufactured by Scaled Composites.

The mogul clearly remains undaunted. “Together, we can make space accessible in a way that has only been dreamt of before now,” Branson said at the unveiling.