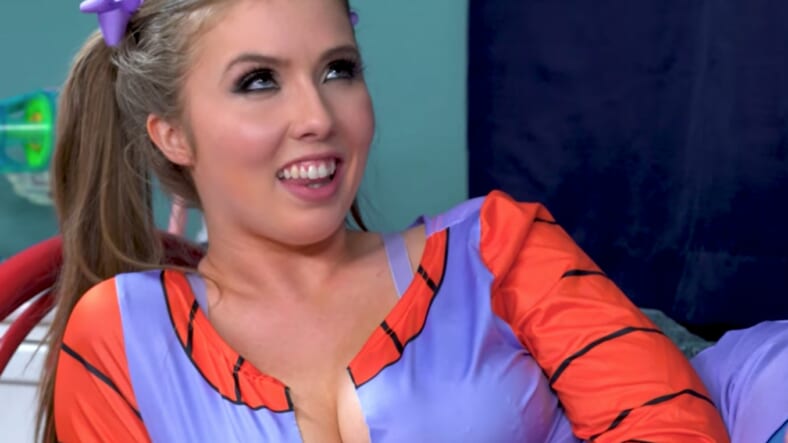 And now, the same company is defiling one of the purest and most innocent cartoons to ever air: Rugrats. Well, actually, Rugrats had some dirty references peppered throughout…but still. It’s a cartoon about babies for fuck’s sake.

Aptly titled “Tugrats,” the parody features adult versions of the original characters — Tommy, Chuckie, Phil, Lil, Angelica, and Susie — but they’re still dressed in baby clothes. So, that means Tommy still wears a diaper, which is pretty unsettling, but some people are into some freaky shit (no pun intended), so I guess it works.

Anyway, in the SFW trailer, we see the “babies” sit around all bored, and Lil says: “When we were babies we could play, but now we’re adults. What are we going to do for fun? Our taxes??” But Chuckie has a better idea, and he pops one of “Stu’s boner pills,” consequently gets a boner (obviously), and has sex with Angelica, who is played by Lena Paul.