“Don’t worry about saying, ‘I don’t know something.'” 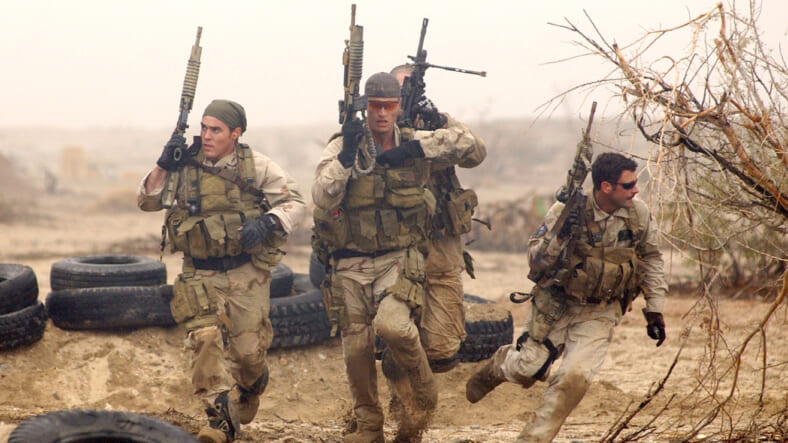 Navy SEAL training is not for the weak. It takes incredibly strong men and makes them even stronger, and it requires mental and physical discipline at a level most people can barely imagine.

Jocko Willink and Leif Babin were SEALs, both of them in major leadership positions. Since they retired from Navy service, the pair have taken battle-hardened discipline and leadership skills they learned as special operators into the corporate sphere, and they’ve built a business by giving out solid, straightforward guidance on how the SEALs do it, and why their way works.

1. They think they have to know everything. “The best possible thing you can do as a new leader is, if there’s something that you don’t know, raise your hand and say, ‘Hey guys, I’m new at this. Do you know a better way to do this?’ or, ‘Do you know how to do this?’ or, ‘Can you give me a hand?’”Willink said he’s found that a fear of losing trust is what keeps leaders from asking these simple questions, but that this approach actually increases a team’s respect because it shows honesty, and it will avoid problems in the long term because it won’t require faking knowledge.“So don’t worry about saying, ‘I don’t know something,’” Willink said. “It’s perfectly fine. You just showed up! No one expects you to know everything. Relax. And ask some questions.”

This might come as a surprise to many who have learned a leadership model demanding they know everyone else’s job and seem like the final authority. Their number two mistake might be a little surprising.

2. They think their problems are uniqueBabin said he also regularly finds new leaders become convinced that the problems they’re facing are so specific to them that outside help wouldn’t help. “And they think their problems are harder than everyone else’s problems,” he said. “It’s very common. I’ve fallen into that trap, as well.”This tendency is ultimately about shifting responsibility.“Because as long as you’re making excuse for yourself, an excuse for your team, you’re never going to actually solve the problems that are causing you to not perform the way you should, and therefore you’re going to keep repeating those same mistakes,” Babin said. “Step up, find a way to solve those problems, and win.”

The only reason to be skeptical of these points is that these are the guys who also say everyone should wake at the crack of dawn to live a better life. That’s insane for anyone but a special operator with a mission to accomplish.

But because these guys are former SEALs, it’s not a good idea to tell them they’re wrong.

Consider forwarding these leadership points to bosses you know, except your own.