Read this to find out if you’re legitimately brilliant. 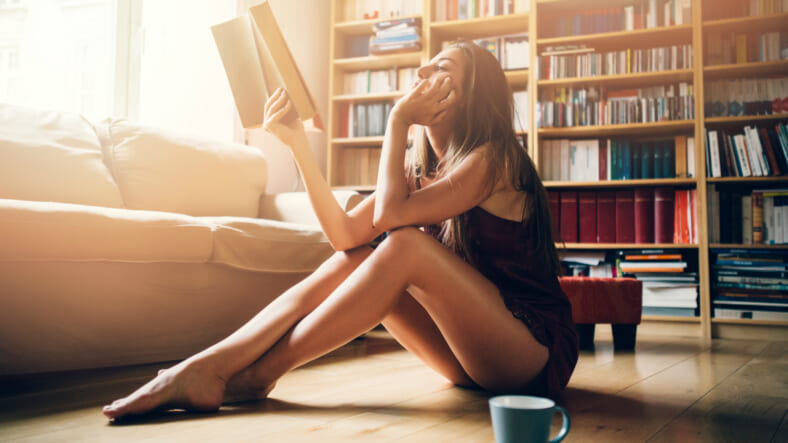 Since childhood, many of us have questioned our level of intelligence. I mean, at least I have. And I’m sure I’m not alone.

It’s only natural to wonder if you’re secretly the next Nikola Tesla, or just some sort of insanely brilliant mind just waiting for the opportunity to shine like the sun and invent something spectacular, like a time machine or hangover-free booze.

So, if you’ve ever wondered if you might secretly be an actual genius, you’ve come to right place, because the folks over at Elite Daily compiled a list of seven signs of superior intelligence, and we’re here to share it with you.

1. You question everything. Are you curious about everything? Do you question why things are the way that they are? Well, that’s the first sign of a genius right there, because the brilliant mind never stops questioning and trying to answer the deepest, darkest questions of existence and the universe.

Why do sandwiches taste better when cut diagonally? Why can’t we lick our own elbows? How does the quantum description of reality create perception? What even are we?

Ever thought of these questions before? Yes? Then you’re probably smart as hell.

2. You talk to yourself.Normally, people think it’s weird when someone talks to themselves, but little do they know that weirdo who’s talking to himself is actually a man of superior intellect.

So, if you find yourself muttering to yourself, don’t worry. It just means you got a big old brain.

3. You like to read.Are you someone who likes to read? Do you basically live at Barnes and Noble? Would you rather spend your weekend reading Kafka or Hemingway instead of getting trashed with your bros?

Congratulations, my dude, because you just might be a genius.

If that sounds familiar, it could be a clue that you’re a freakin’ genius.

5. You’re a little scatterbrained.As intelligent as it might be, the brilliant mind has its flaws. Overflowing with never-ending thoughts and knowledge, a genius is often forgetful. But that’s okay. As Hannah Montana once said, “Nobody’s perfect.”

6. You might struggle with addiction.A lot of people like to get fucked up on drugs and alcohol, and geniuses are no different. Throughout history, some of the most brilliant minds have been dependent on drugs or alcohol. Edgar Allan Poe was a lush, cocaine was the love of Sigmund Freud’s life, and Stephen King was high off his ass on Xanax, Valium, cocaine, NyQuil, alcohol, and pot for a good chunk of his career. It’s actually kind of impressive if you think about it.

Now, this definitely doesn’t mean all addicts are geniuses, nor does it mean all geniuses are addicts. But there’s apparently a real correlation here.

7. You worry too much.Most often, geniuses aren’t the most laid back people, thanks to the constant thoughts and questions rolling through their brains. Most of us can just shrug off random existential questions, but the smarter ones of us aren’t able to do that. They overthink every minute detail, which can be emotionally taxing.

Do a bunch of these signs sound like you? If so, congratulations: You just might be a goddamn genius.