A new study claims that the older you get, the better the sex feels. What do you think? 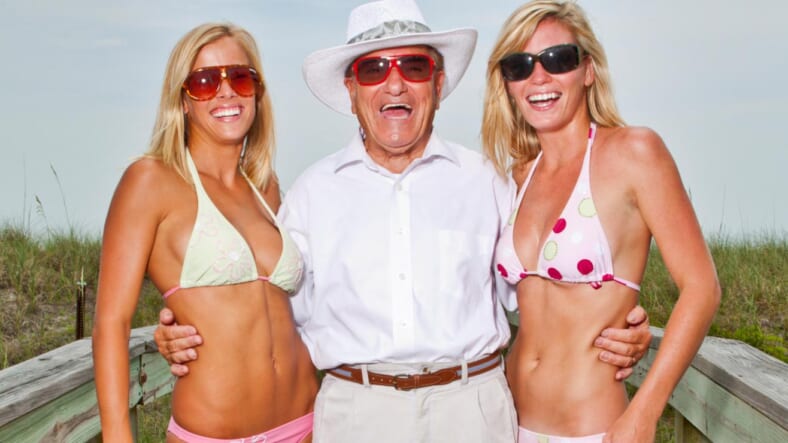 People hate on Hugh Hefner for still putting his Viagra-powered penis to good use with hot, young blondes even though he’s like 200 years old. But the joke’s on the haters, because apparently, sex gets better with age, as does a fine wine, or Susan Sarandon.

According to professors of psychiatry Miri Forbes and Robert Krueger from the University of Minnesota, and professor Nicholas Eaton from Stony Brook University, a person’s sex life improves over the course of their life, mainly because more emphasis is placed on the quality of a sexual encounter more so than quantity.

For their study, the researchers followed over 6,000 people between the ages of 20 and 93 (holy shit) over the course of 18 years, and found that as the years went on, the amount of sex that was had declined, but even so, the quality of each bone-fest increased with each passing year.

This makes sense, considering most 20-somethings get toasted on shots of Fireball and go home with anyone that has a pulse, whereas older individuals like to light candles, set the mood, and get a bottle of wine that costs more than $15.

That said, you best get excited for sex in your 90’s, because according to this study, it will be amazing. I mean, just imagine: you booty call your equally old fuck-buddy, you light some scented candles for her, break out a bedpan just in case, and just go at it like a couple of teenagers until one of you breaks a hip. Maybe she’ll help you dig your own grave afterwards. What a sweetheart.