The Best Sex Positions to Get Her to Orgasm, According to Science 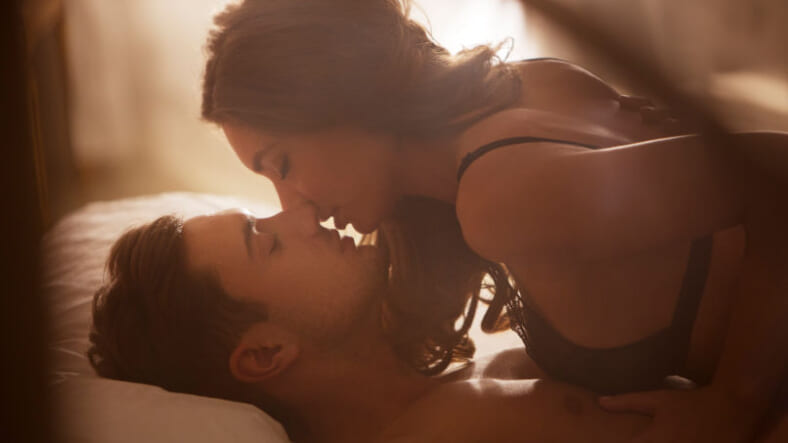 When it comes to orgasms, we know that men can get there from just about anything — the brush of a hand, a gentle breeze. We also know that women need a lot more than just a few humble strokes to reach the finish line.

Now, thanks to research done by scientists from the Mayo Clinic and the Indiana University School of Medicine, we can wave goodbye to the debilitating frustration of not knowing how to make a woman orgasm, because now we know exactly what to do to make it happen. Ah, science saves the day yet again.

Simply put, someone touches your penis, your spinal cord or brain processes this sensory information, then sends the information back down to your penis with instructions on what to do. The end. Either a spinal cord injury or imbalances in the brain (like depression) could inhibit male orgasms, but aside from that, it’s pretty straightforward.

Moving on, the female orgasm is a little more complicated, but not as much as we previously believed. Surprisingly, it has nothing to do with emotions or penis size — it’s actually all about which sex position you use. Surprise!

The entire ordeal is about the “migration of the clitoris,” which is when the clitoris gets pushed closer to the vaginal wall. And the closer it gets pushed, the more likely she is to have an orgasm.

And just how should said clitoris-pushing be achieved? Not with doggy style, according to the report. Positions like cowgirl and missionary are apparently pretty effective, because they allow the penis to enter at a 30 to 45 degree angle, which is ideal for vaginal wall stimulation. Who knew geometry would prove useful in sex?

“If a woman is trying to achieve a vaginal orgasm, it seems like it tends to be more successful if the front wall of the vagina is more stimulated,” Dr. Jason Siegel of Mayo Clinic told the Daily Mail. You heard the man.

With this new knowledge, you can bless the world with more orgasms. You’re welcome.