There’s Now A Sex Robot With a G-Spot, So You Can Totally Give It An Orgasm

“Silicon Samantha” just might be the most advanced sexbot ever made. 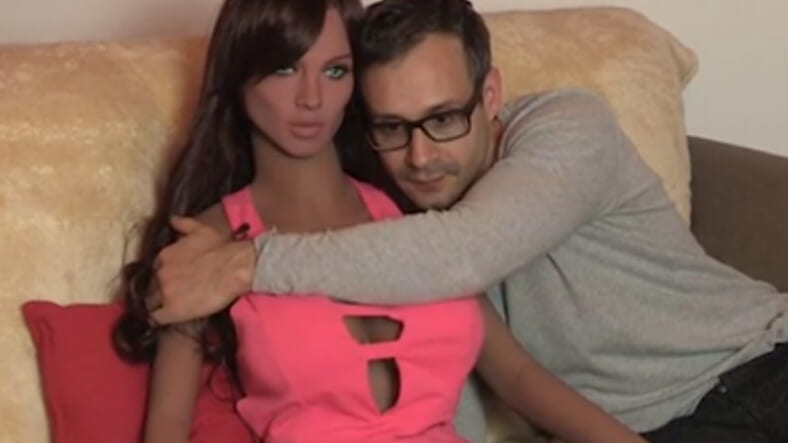 Just when we thought sex robots couldn’t get any weirder, AI engineers went ahead and took it to the next level by creating yet another absurd sex robot that literally does not need to exist. I mean, why couldn’t they just stop at the Scarlett Johansson sexbot? I think that was weird enough.

Gentlemen, meet Silicon Samantha, the new sex robot that responds to touch and has a goddamn G-spot.

Silicon Samantha was created by Spanish engineer Sergi Santos, who says his freaky-looking sexbot is also capable of “emotional closeness,” meaning it can fall in love with you or something, which is terrifying. I don’t know a single person on this planet who would want a robot to fall in love with them. I know I don’t.

Seriously though, the day there’s a love connection between a robot and a human, just know that the end is near. Hasn’t anyone seen Ex Machina? Now that is some scary shit.

“She has different modes of interaction – she has romantic, she has family and she has also sexy modes,” Santos tells the Daily Mail, suggesting Silicon Samantha is fun for the whole family.

Put her on family mode and have her meet your parents for some wholesome quality time. Maybe your parents will disown you after that, but no matter. You’ll always have Silicon Samantha by your side.

“Normally she likes to be kissed always and also she responds to the G-spot and also the breasts. She can also respond to the hands, so basically the hands are family, the hips are family and romantic and basically the spots where she feel sexy would be mouth and the G-spot,” Santos says.

Wow, the objective is to give an inanimate object an orgasm. Alrighty, then. If that’s not the definition of counterintuitive, I don’t know what is.

At this rate, we’ll reach the apocalypse by Thanksgiving. Keep it up, world!