Harambe Is Still Alive In This Sexy Halloween Costume 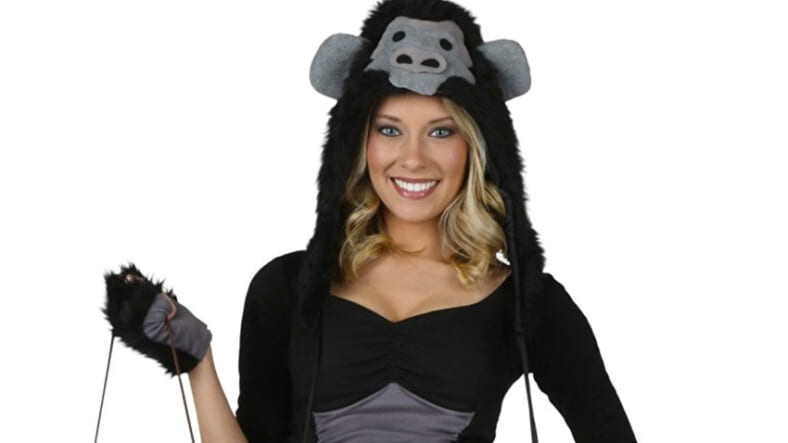 After the untimely death of its resident gorilla Harambe, the Cincinnati Zoo was dismayed to see the silverback become a meme. Zoo admins even went so far as to ask the memes to stop. But the internet never gives up.

So just as we can blame online jokers and animal lovers alike for Harambe’s second life as a viral star, we can blame the same bunch for the Sexy Gorilla costume now on sale at Amazon.

That’s right, for the low-low price of about $50, the woman in your life can suit up as one of this year’s oddest memes. Sure, Harambe’s name doesn’t actually appear in conjunction with the low-cut, short-skirted get-up, but it couldn’t be a more obvious nod.

If she’s really into it, she can even add this waterproof, laminated Harambe mask to add that extra bit of authenticity.

Between Harambe and all the other “sexy” costumes available this year, Halloween 2016 promises to be nothing if not bizarre.