Your Shaving Cream Could Be Messing With Your Sperm, Says Ball-Shriveling New Study

Time to grow a beard. 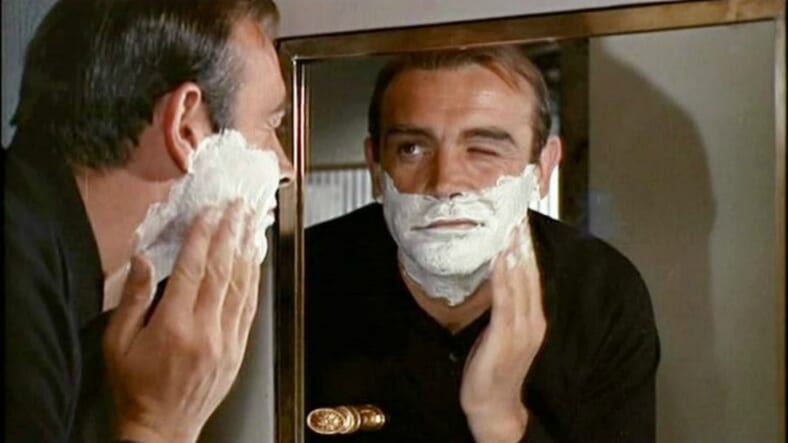 Attention everyone with facial hair! I have some wonky news for all you dudes out there who shave your stubble with shaving cream.

Apparently, certain chemicals in shaving cream can act as endocrine disruptors and can completely mess up your sperm, thereby potentially crushing your hopes and dreams of becoming a father one day.

Scientists warn that shaving cream contains a class of chemicals called phthalates, which affect the DNA in your sperm cells by attaching to their chemical “tags.” This slight alteration in the genetic profile of sperm has an epigenetic effect, which basically means certain genes turn on or off, or become more or less active.

In the case of phthalates, when epigenetic markers attach to the DNA strand in sperm, it can straight up decrease your sperm counts, and obviously, that’s bad for men who want to spawn tiny humans.

Back in July, scientists reported a massive 59.3 percent drop in sperm count in men from Western countries, which is actually horrifying. With fertility rates at a historic low, this decline isn’t just because people don’t want to have kids — it’s partly because they can’t.

In a recent study, 48 men undergoing IVF with their female partners were studied, and even though all were seeking treatment, 12 were diagnosed with male infertility.

Researchers analyzed semen and urine samples from the participants for phthalate concentrations, and found that “higher concentrations of phthalate metabolites were associated with sperm DNA methylation on 131 regions of a sperm cell’s genome, notably genes related to growth, development and basic cellular function.”

In layman’s terms, phthalates seriously mess with cells, and screw up genes that deal with development and cellular function. In case you need further clarification, this is very, very bad.

“There has always been this heavy concern in the past with expectant moms not smoking and not drinking, for example, to protect the fetus,” says study author Richard Pilsner, an environmental health scientist at the University of Massachusetts Amherst.

“In this study, we see that dad’s environmental health contributes to reproductive success. Our study shows that this preconception time-period may represent an important development window by which environmental exposures may influence sperm epigenetics, and in turn, early life development. So, in the same way mom needs to be careful, dad also needs to.

“So, the message is, if you’re planning on getting pregnant, men may have an environmental responsibility prior to conception.”

While there’s literally no way of escaping all of the harmful chemicals in everyday life, it’s better than nothing to read the ingredients on the products you use on your body, and perhaps start using an electric shaver.

Besides, women love dudes with facial hair. Chuck the shaving cream and just grow that shit out.