Should You Stay Friends With Your Ex? Age-Old Question Has Been Finally Answered

Before you text your ex again, you might want to read this… 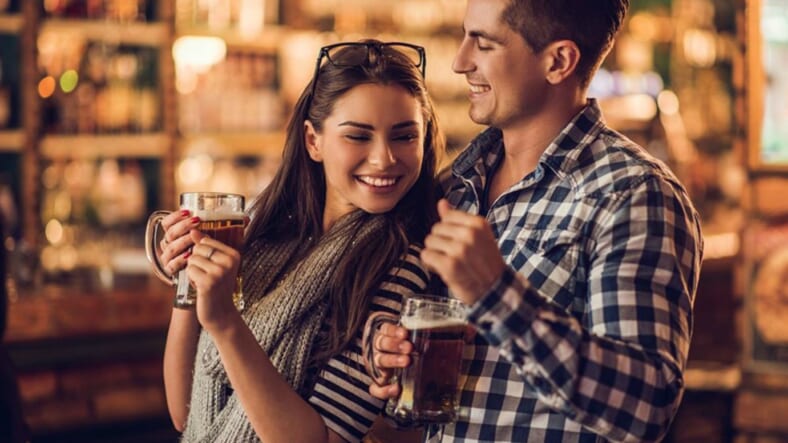 For the majority of us, the only contact we have with an ex is a harmless booty call every now and then during a particularly desperate and/or drunk moment. Otherwise, they’re dead to us.

Some people, however, are actually “friends” with an ex, which makes me wonder…why? Why would you choose to remain friends with this person you either dumped or were dumped by? Isn’t that just asking for trouble?

In an attempt to find an answer, Dr. Justin Lehmiller poured his thoughts into analyzing a new set of studies published in Personality and Individual Differences, which I will now explain in great detail, so get ready.

For the first study, researchers asked 350 20-something participants to think of a solid list of reasons why anyone would want to stay friends with an ex. This yielded a giant list of over 2,000 reasons, that the researchers then split up into seven different categories:

1. Reliability and sentimentality: “They were a great listener.”; “I enjoyed their company.”

2. Pragmatism: “They would buy me nice gifts or food.”; “I hoped to hook up with one or more of their friends.”

3. Continued romantic attraction: “I was still in love with them.”; “I couldn’t imagine my life without them.”

4. Children and shared resources: “We had children together.”; “We worked together professionally.”

5. Diminished romantic attraction: “I lost sexual interest in them.”; “There were few negative feelings after the breakup.”

6. Social relationship maintenance: “To prevent awkwardness in our friend group.”; “I wanted to stay friends with their friends.”

The second study had a different pool of participants come up with another list of reasons why they’d stay friends with an ex based around the seven categories, and then were asked to rate each one of the categories on importance.

The same participants were also asked to fill out personality scales in order to gauge their level of psycho, and so that the researchers could associate certain personality traits with different categories.

There were, however, differences between men and women, with men rating “pragmatism” and “sexual access” as more important than women did, meaning dudes only keep their ex-girlfriends around for a cheap thrill.

On the other hand, participants who didn’t display high levels of manipulative and deceitful behaviors were more likely to stay friends because their ex was reliable and trustworthy, and because of sentimental attachment. Aw, that’s cute…but so foolish.

With all that said, is it a good idea to stay friends with your ex?

According to Dr. Justin Lehmiller, it depends on your motivations. If you just want to smash, go right ahead. You have our blessing. But if you’re staying friends for other, more sentimental reasons, you’re probably going to get hurt, so it’s wise to just move on.