AskReddit at its best 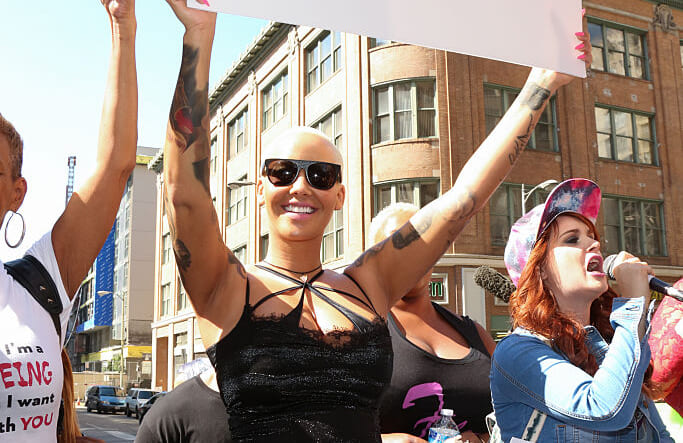 Everyone’s got a story, especially when it comes to their most promiscuous moments. Maybe it’s that go-to bar talk story about a particularly wild night out on the town. It might be a tale you’ll never tell, hoping that the silence will somehow erase it from your memory.

You might think your story is raunchy, but there’s a damn good chance it doesn’t even come close to touching some of the ridiculous anecdotes shared among Reddit users under the AskReddit chain, “What’s the sluttiest thing you’ve ever?”

We picked out 8 of our favorite saucy stories from the Reddit page and compiled them in an attempt to sort out the extraordinary from the straight-filthy. But hey, if filth is your thing, go check it out for yourself. But first take a look at these to see if your tale holds a candle to any of these dirty deeds.

“I was at a bar and this guy was flirting hard with me. I had a good buzz on and he talked a good game, but then another girl shows up and it turns out she’s his girlfriend and they were poly. All of a sudden the girl shimmies under the table and tells me she’s going to convince me. She got my panties off (I was wearing a short skirt) and he grabbed my hands and told me not to look away from his eyes. She tongued me and I squeezed the fuck out of his hands and when I started to come. Then I spent the night with them and I don’t think there was a spot on my body that didn’t get licked or fucked. Next time I saw them I had a boyfriend so we never did get together again.” From I_usethisthrowaway

2. The Best Friend of All-Time

“One of my friends in college was getting teased for being virgin and getting the typical, “Haha he’ll never have a girlfriend!” bullshit. I waited til all his roommates were home and fucked him as loudly as possible. It put a stop to that shit real fast and it gave him a needed confidence boost to start dating.”From Vika_and_boxer

“Slept with one girl and her roommate for three weeks straight, alternating nights with each one. Never together. They both knew about it and were ok with it at first, but that didn’t last.” From Cunchy

5. Before There was Snapchat…

“Last day of college. Looked out the window and saw the chick next door who had lived there all year but never opened her shade (window directly across from mine). See her tits. She has her computer on in the background. On a whim I email her (this was 1999). She emails right back. Flirt, flirt….flirt….she ends up sending the most epic email I have ever received. “Well why don’t you come over here and feel them for yourself?”
Sex was 10/10.”From DarwinianMonkey

“I work in an office that is predominantly women, every year we have more staff join and a couple years ago a girl joined who I was particularly attracted to. Tall, dark hair, double-Ds, not crazy. Everything a guy could ask for. I made a move on this girl after an art gallery exhibit the company was putting on, a bit of wine, some high end clients and celebrities… making out with this girl made my head swim. We returned to the office with rosy cheeks before we headed to the company couch with all the lights out. There was enough light from the street outside in the heart of the city for me to witness such amazing, natural talents she had. After some serious grinding we got down to it which involved abusing desks and other furniture in the office where people to this day sit and work.”From odinium

“Was on leave from the military and decided to have a party at my place with some old friends. Well we get drunk and naked and proceeded to get in the hot tub. Well I ended up waking up early the next morning in my bed with my buddies girlfriend and thought, “Oh shit what have I done?” Hear a sound and I sit up to see my buddy sleeping on the other side of her… no idea what happened that evening.” From cmdrcdy

“I had a 3-way with two dudes at 1am on my birthday, and a second 3-way with two different dudes at 6pm that evening. Added bonus – I met my boyfriend (now fiance) in a 3 way that was different from the aforementioned two.”From Jeimaiku