Here’s Proof That People Are Now Smoking Weed With Lasers

Holy sh*t, this is amazing. 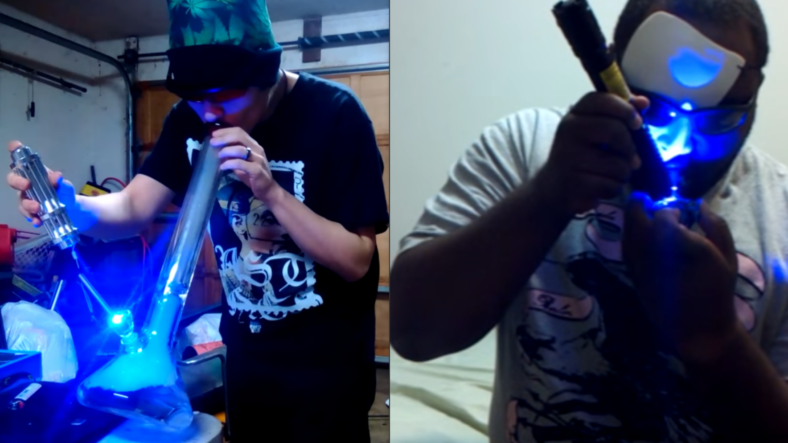 A laser, which stands for “Light Amplification by Stimulated Emission of Radiation,” has a variety of very important applications across multiple fields, from the military to medicine. But stoners from all corners of the web have figured out that you can use an intensified light beam to toke up as well.

Take YouTube user OREGON MARIJUANA (Jake) for example. He recently uploaded a video in which takes a pretty massive bong rip using the technology. Upon taking the futuristic-looking device out of the box, he says “I didn’t even know what this thing is. It’s really crazy, and looks like a cannon.” At least he knew enough to wear eye protection.

Almost all of the technology-loving stoners claim that the hit tastes great, which makes sense. Unlike butane lighters or matches, lasers don’t emit don’t burn anything to create heat, which means the laser itself is emission-free. It’s also one of few ways to make sure the only thing you’re inhaling is whatever is in your bowl.

If you’re itching to try it out, you can pick up a high-powered laser like the ones in these videos for around $150. And of course, make sure that marijuana is legal in your state.