Stop Everything: There’s a Scent That Can Make You 15% More Attractive To Women 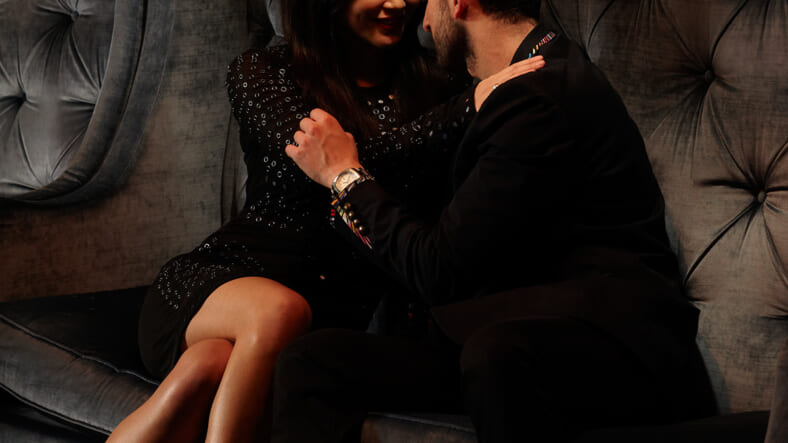 Your past experience with colognes may be limited to filling a kiddie pool with Drakkar Noir and flopping around until your entire body was saturated with it, but that was high school you. Adult you is ready for a more effective strategy. Adult you wants the real-life equivalent of Sex Panther.

But it’s not just about “smelling nice,” it’s producing the right pheromones to attract a mate. A 2012 article in Scientific American explored the implication of pheromones in male and female interaction and found that the “strongest isolated candidate so far for a human pheromone” — androstadienone, which is derived from testosterone — “has been reported to make women feel more relaxed.” The right odor can do a lot more than just announce your presence from miles away.

So if the way you smell can make her relaxed, can it also make you better looking? One study says yes. According to The Daily Mail, researchers at the University of Bonn in Germany put the noses of 40 women in their 20s to the test to see if scent could up their arousal factor.

Half the women were given a placebo, and half were given nasal spray containing syntocinon, a synthetic oxytocin. Oxytocin should ring a bell: it’s the chemical present when people fall in love and often is released right after sex. After inhaling, women were presented with photos of men, including the women’s significant others, and were asked to rate the attractiveness of the men pictured. Then, the placebo and test group were swapped. The study concluded that after women inhaled the syntocinon, they rated their partners as 15% hotter.

It’s worth noting that women on birth control pills experienced no effects from the spray. As one such woman, I’d like to take this time to publicly gloat that I’m immune to your magic chemical spray.

Also, please don’t go around spraying things into women’s noses. Regardless of its chemical effectiveness, that behavior is guaranteed not to make you any hotter.