The B-21 will replace venerable bombers like the B-52. 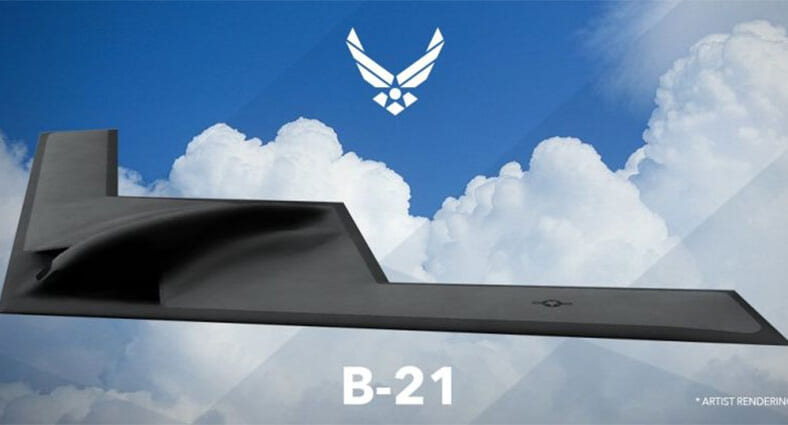 America’s fleet of long-ranger bombers is getting long in the tooth, and that’s a bad thing when you consider the way both Russia and China have been steadily beefing up their armaments with new technology over the last few years. The U.S. Air Force may have just introduced part of the solution to their problem with bombers like the middle-aged B-52: the Northrop-Grumman-made B-21.

The B-21 is a sleek, long-range stealth bomber, and a report published Friday by the Washington Post detailed its rollout by the Secretary of the Air Force:

Secretary of the Air Force Deborah James made the announcement Friday at the Air Force Association’s annual Air Warfare Symposium in Orlando, Fla. According to a report in Reuters, the name of the aircraft will be chosen by service members, as “B-21″ is just the official designation. The aircraft was long rumored to be called the B-3.

This bomber is also, as the Post report noted, similar in wing design to the shrouded aircraft that starred in a Northrop-Grumman commercial broadcast during the 2015 Super Bowl.

While the B-21’s long-distance capacity and ability to carry conventional and nuclear weapons might delight hawks in some branches of government, the Post indicated it’s not a completely done deal, yet, as the U.S. Congress is still in the process of deciding how best to fund what could ultimately be a multi-billion dollar project. After all, the United States’ most expensive fighter jet has been plagued with appalling issues; legislators in charge of defense funding have good reason to be wary of the next big thing.