The historic pad is selling for $3.3 million. 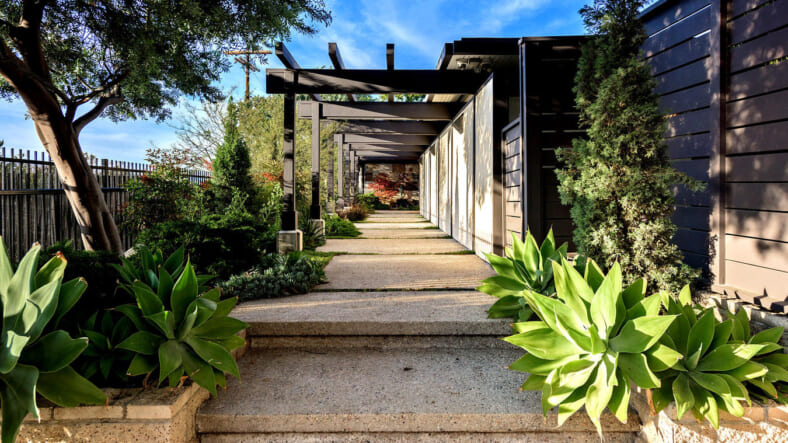 An incredibly cool mid-century modern house in the Hollywood Hills where Steve McQueen lived for several years is being offered for sale by the widow of horror movie king Wes Craven, it’s current occupant, for $3.3 million. Many iconic photos of McQueen—the legendary actor, race car driver and style icon—were taken in the 1960’s at the 3,594-square-foot post and beam pad, which despite a modern makeover still retains some of his considerable panache.

The house features an open-plan layout and walls of glass providing panoramic views of the L.A. cityscape and canyons. Ceiling beams emphasize the strong horizontal lines of the classic mid-century architecture.

The three bedrooms and three baths are presided over by the master suite which features a fireplace and a sitting area. The guest suite has a separate entrance, and there are patios off the two home offices.

The grounds include garages where McQueen once parked his Ferraris, gardens with fountains, two koi ponds and a salt water swimming pool with a spa. Craven, who died last year, bought the property in 1992 for $1.2 million.

Joshua Altman and Matthew J. Altman of Million Dollar Listing fame are the listing agents via Douglas Elliman. No doubt they’ll tell you the same thing we will – this place is a total steal.