Want to Have More Sex Dreams? Here’s How 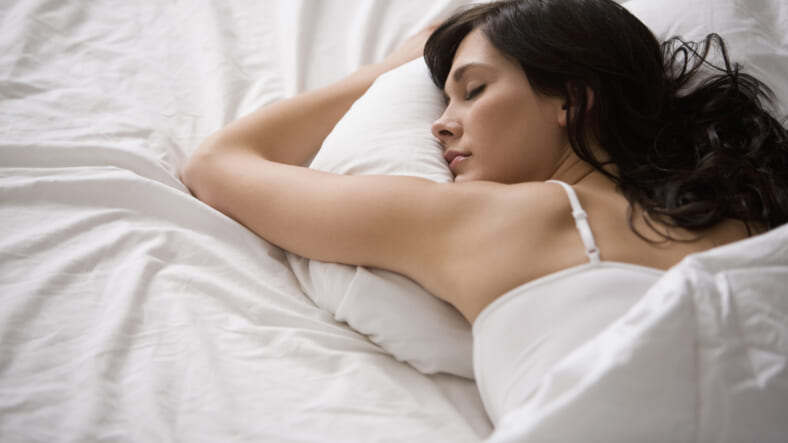 According to a study published in the scientific journal Dreaming, people who sleep on their stomachs reportedly have more sex dreams than those who sleep on their backs or sides. You may have heard that sleeping on your stomach is really bad for your spine, but whatever. Sex dreams are more important.

Scientists aren’t exactly sure why sleeping on your stomach causes you to dream dirty dreams, but there is a theory that says pressing your junk to the bed puts naughty thoughts in your head as you sleep thanks to the extra pressure and blood flow and whatnot, which definitely makes sense. However, the author of the study also has another theory that sleeping face down puts pressure on your chest, making you dream of suffocating or being confined, which also makes sense.

So there you have it, the simple key to dreaming about sex or suffocation — just flip over on your stomach and snooze away.

Just remember to change the sheets.