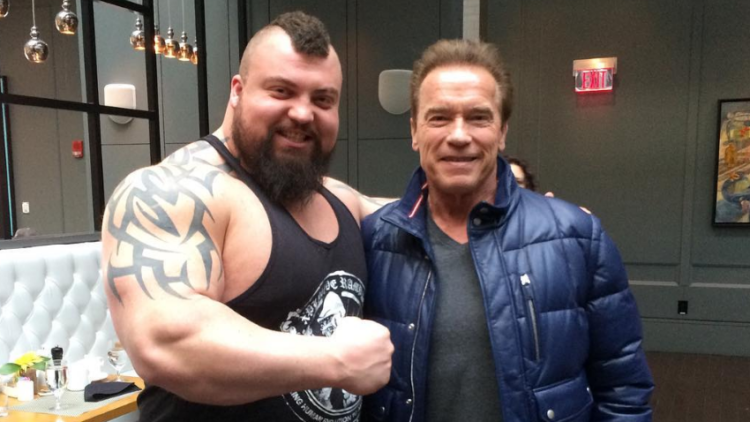 It takes a massive human being to make even an aged Arnold Schwarzenegger look small, and UK Strongman champion Eddie “The Beast” Hall is just that huge. No better demonstration of why Eddie’s so huge can be found than the video below, in which he grabs a couple of gym buds by their weight belts and does a set of incline dumbbell presses like it’s just another day at the office.

Guessing that each man is in the vicinity of 160, that makes over 300 lbs minimum. All just part of Eddie’s day, apparently—because it’s not the only video he’s posted on Instagram like it.

Eddie Hall holds the world record in the deadlift (an insane 1,102.3 lbs), and is the six-time United Kingdom strongman champion. In 2016 he placed third in the World’s Strongest Man competition. At just 28 that means he’s got a few years to finally achieve the top spot.

Watching him lift, it’s easy to believe he’ll get there.