Stunning Hubble Telescope Pic Will Transport You to a Galaxy Far, Far Away 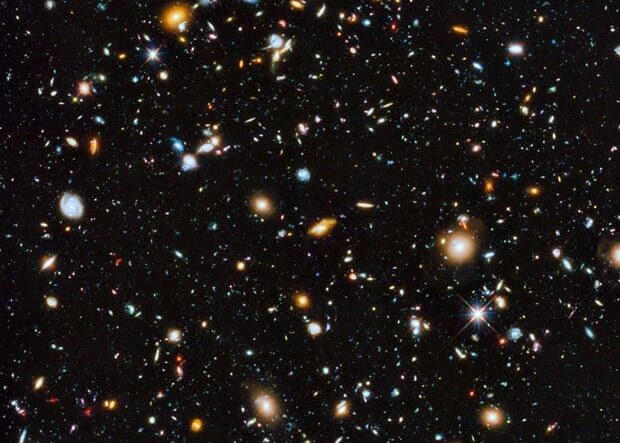 Behold the spectacular new composite image of some 10,000 distant galaxies, which was snapped by the Hubble Telescope over the course of nine years between 2003 and 2012, and released by NASA this week. The image was captured as part of the national space outfit’s  “Ultraviolet Coverage of the Hubble Ultra Deep Field” project, and is the most colorful picture ever taken by the super-advanced telescope.
The key is the use of near-ultraviolet light (not to be confused with far-ultraviolet light), which affords a more in-depth picture of the outer realms of the universe than previously available. Check out the video below for more, and try not to worry about how insignificant your own life now feels in comparison to something so overwhelmingly vast.

5 Spectacular (Bar)Rooms with a View

The 7 Best Beaches in the World