It’s just a shame they have to melt. 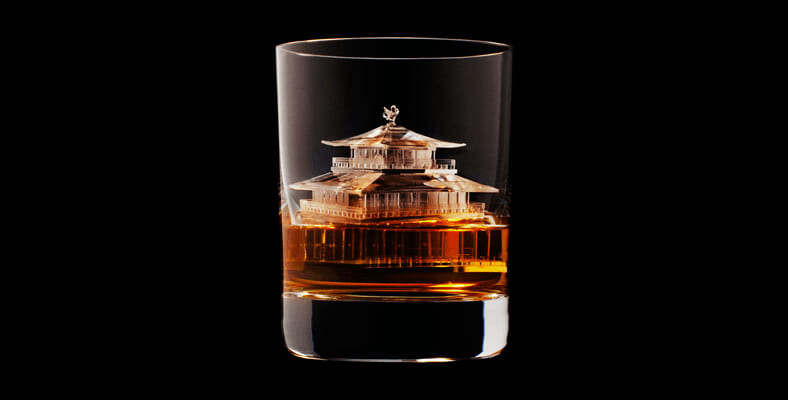 Both a highly memorable visual and technically quite impressive feat, Suntory—a Japanese maker of fine whisky for almost a century—has created unique ice sculptures to contemporarily cool its spirits, as seen in their 3D on the Rocks ads.As part of the campaign, ten lucky fans had their designs come to life, which (along with the ones you see below) spawned such cultural and artistic icons as a space shuttle, Batman’s head and Michalangelo’s David.

Sure, we’ve all taken shots off an ice luge. We’ve even been inside entire bars made of ice. But these frozen works of art are by far the most beautiful ways to chill our drink we’ve ever seen.

The highly detailed process involves a specially cooled drill, variously sized bits and from one to six hours of meticulous computer-controlled ice sculpting. Certainly there are quicker ways to chill your beverage. But none of them as striking as any of these fantastic designs.

Although each of these designs are amazing on their own, we have a few ideas about what we’d like to see floating in our next beverage. Which also makes us wonder: Could there be a suave enough way to sip your drink with an ice cube so jawdropping? Probably not. Best to let it do its thing for a few minutes, then remove it, lest an eye-poking party foul occur.