Some Women Have ‘Super Orgasms’ and Can Climax More Than 100 Times In a Row, Because Life Isn’t Fair 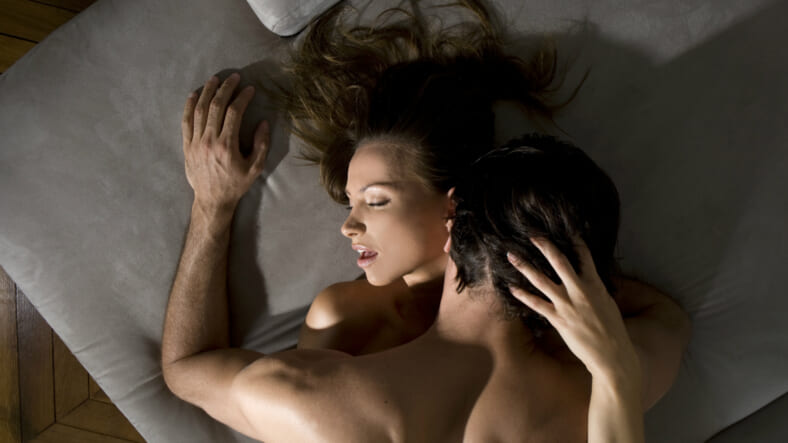 One of the many struggles of modern man is the pursuit of the sometimes-elusive female orgasm. Yes, we all know that certain women are notoriously difficult to get off, and yes, the vagina, for all its magical wonder and beauty, can be a beguiling paradox when it comes to having legit climaxes during sex. Of course, some women have no problem having multiple orgasms in bed, but let’s just say it’s not always guaranteed.

But according to a new documentary, there are a rare breed of extremely blessed women out there who are capable of having “super orgasms,” which are, as the name implies, super. Super duper, even.

Simply put, a super orgasm is when a woman orgasms 100 goddamn times in a row. Daaamn. That’s basically an hour-long orgasm! And to think I thought three or four consecutive orgasms was a lot.

In the new British documentary, aptly titled The Super Orgasm, researchers studied five ladies and their sexual endeavors to figure out why women are multi-orgasmic, why some have super orgasms, and what’s going on in their brains that allows them to have so many orgasms.

To research this, the women masturbated inside of an MRI machine while wearing something that looks like a Hannibal Lecter mask. Obviously, this made some viewers a little uncomfortable, but that’s okay. It’s awkward, but it’s for the sake of science.

Women who have multiple orgasms, however, were found to have high alpha waves, which means they’re relaxed while they’re getting off. So, it would seem as though the secret to getting a woman to orgasm over and over again is making her comfortable and relaxed. Simple!

That said, scientists believe the “super orgasm” is possible through a mix of relaxation, yoga, and bonding, as well as “turning off the brain, becoming less engaged and letting go,” as all of those things increase alpha waves.

Well, now that you know this valuable information, you know what to do next time you’re getting intimate with that special someone. Make sure she’s relaxed, light some candles, maybe do some yoga, and then get busy.