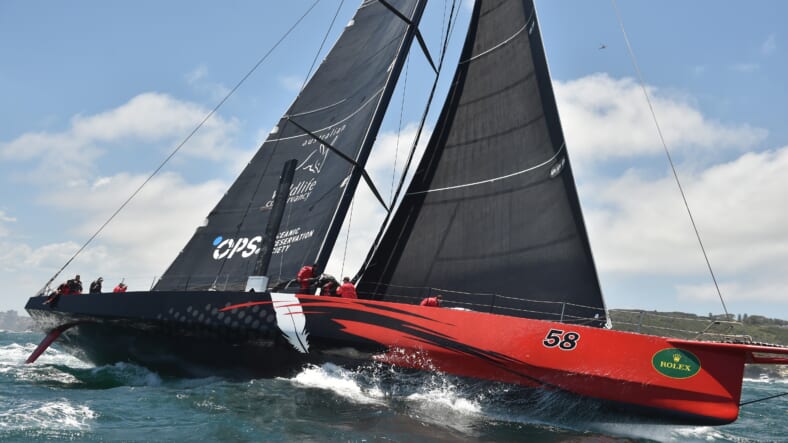 Tech billionaire Jim Clark and his Victoria’s Secret supermodel wife Kristy Hinze just stunned the world of sailing by smashing one of the most fought-over speed records in the ritzy sport.

Comanche, their 100-foot-long, high-tech race boat that’s faster and more powerful than anything in its class, just sailed from Newport to Bermuda in less than 35 hours – and in “intense” conditions – smashing the current world record by almost 5 hours, Forbes reports.

The other 200 yachts competing in the race arrived in Bermuda days behind them. Of course Clark and Hinze weren’t actually sailing the yacht – though they’ve done so in the past. It was raced by Comanche’s crew of tough-guy pros.

The 630-mile long Newport Bermuda Race is no sail in the park. It’s one of the oldest, most storied offshore races in the world, and the record they beat was set back in 2012 by another super-rich businessman with a passion for super-fast sailboats, George David.