Tennessee’s Newest State Symbol Could Take Out an Airliner

Other Volunteer State symbols include the tomato and salamander. 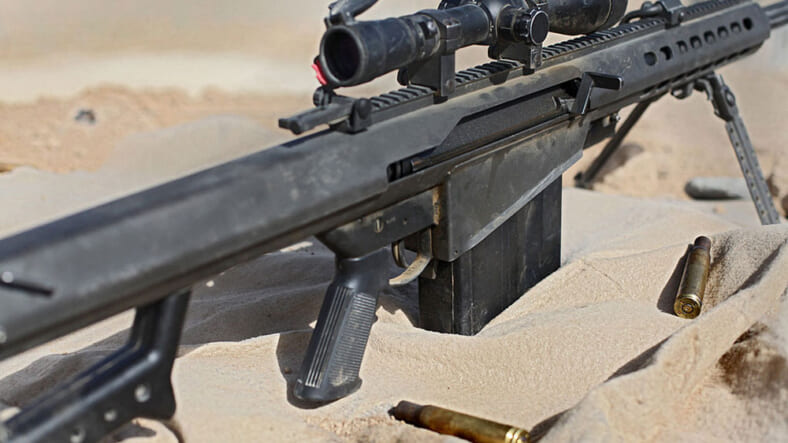 Tennessee is a state of rolling green hills, mist-shrouded mountains, and—famously—the birthplace of country music. The Volunteer State is also home to a lot of folks who really love guns. So much so that the state legislature recently voted with near unanimity to make a high-powered military sniper rifle the State Gun of Tennessee.

According to a 2005 report from 60 Minutes, the .50-caliber Barrett sniper rifle is sometimes called the Rolls Royce of sniper rifles—and available to civilians as well as military. This has worried gun control advocates like Tom Diaz, who told 60 Minutes that the Barrett, “with the range that it has, and the impact capability that it has, it would put an airliner or an airplane at risk if it hit that plane.”

Murfreesboro, Tennessee-based gunmaker Ronnie Barrett disagreed in the same report, saying a terrorist with access to the .50-caliber would find it “very difficult” to damage like that, “if it were a tactic that were even remotely possible.”

The vote in the Tennessee legislature that finalized making Ronnie Barrett’s signature rifle a state symbol was 27-1, reported the Associated Press. Lone holdout Jeff Yarbro, a Democratic legislator, said his “no” was based on the fact the vote also essentially endorsed a single business, Barrett’s gun shop. He had an alternate idea:

Yarbro also suggested it might be more appropriate to honor the flintlock rifle used in the War of 1812 by the Tennessee volunteers who gave the state its nickname. But Republican Sen. Mae Beavers, the resolution’s main Senate sponsor, disagreed by pointing out that the flintlock rifle was developed elsewhere beyond Tennessee’s boundaries.

Tennesseans played a major role in founding the legendarily gun-loving state of Texas over 180 years ago—even after all that time, measures like this tend to demonstrate a common bond between the states.

Along with the really big guns, Tennessee still has all the good whiskey, though.