He’s using his money to help those who need it most right now. 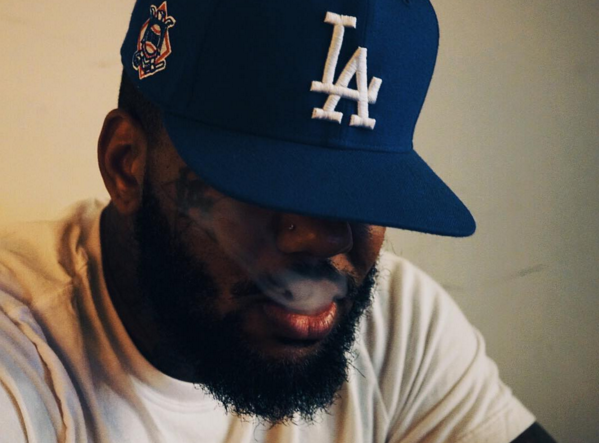 Jayceon Taylor, the rapper also known as ‘The Game,’ is known as one of the key players in bringing the modern West Coast rap scene into mainstream hip-hop. He is also known for being a total baller. Now he’ll be known as something of a philanthropist, too.

On Tuesday, The Game pledged to donate $500,000 to help the citizens of Flint, Michigan suffering through the horrific water crisis plaguing the city of 100,000. To prove that he’s good to his word, the rapper shared screenshot of the wire transfer to Avita Water, a Michigan-based bottled water company which matched his donation, on Instagram:

#WATERFORFLINT PROOF !!! So, I'm on tour & not in the US as I'd like to be to help with this water crisis in Flint, Michigan 1st hand…. #1 because my younger sister & her children live there & 2nd because I care. Most celebs on here faking using the word “Pledge” in their so called donations are not fooling anyone ! The truth is the population in Flint, Michigan is about 105,000 people & it takes at least 9 bottles per person a day just to use to bathe, brush their teeth, drink & cook with… So on behalf my charity @TheRobinHoodProject I am donating $1,000,000 in water bottles..$500,000 coming out of my own pocket (which is everything I've made on tour up to this point) & the other 1/2 being met by @AvitaWater & the 1st drop is being made TODAY 1pm eastern time at “Food Bank East Michigan” 2300 Lapeer Road flint Michigan 48503 & the 1st drop will be 1400 cases of water equaling about 33,000 bottles today & everyday that follows until 1,000,000 bottles of water are dropped !!!! To those who think it's easy getting this water to Flint, it's not so the people who are PLEDGING they are, show us.. We want proof !!! Stop using others tragedies for your own celebrity gain… You're not fooling ANYONE ! I seen @Madonna & @JimmyFallon's $10,000 donations… that's cute, but not nearly enough…. So I challenge both & anyone else in the world to match me & DONATE $1,000,000 in bottled water to Flint, Michigan & we want proof, shipping order receipts, bank wire receipts, pictures etc……….. No more pretending to give a fuck….. I donate money all the time & it comes out of my pocket & never once have I written anything off on my taxes because that's not why I do it !!!!!!!! So, if any other celebrity wants to MATCH MY MILLION here's the site where you can donate http://selfmadefoundation.org or pick your own.. JUST MAKE SURE THE WATER ACTUALLY GETS TO THE PEOPLE WHO NEED IT !! & I don't wanna see anyone else using the word “PLEDGE” in their donation or press release because we know that that means. “YOU JUST TALKING & TRYING TO MAKE YOURSELF LOOK LIKE A HUMANITARIAN” !!! #WaterForFlint #TheRobinHoodProject #AvitaH20Corp #SelfmadeFoundation #HUMANPOWERBALL

Sweet mother of God, is that $13 million just sitting in his checking account? Obviously, this is what The Game wants us to see: In the caption of his photo, he poked fun at the likes of Madonna and Jimmy Fallon for their “cute” $10,000 donations to help the ongoing water crisis. Even when he’s helping people, The Game wants you to know just how much of a baller he is.

We’ll tell you what, Taylor: Donate another million, and we’ll bow down to your baller status until the end of time.