From the one thing that makes you better at sex to the best blow job etiquette, let’s revisit the year that was. 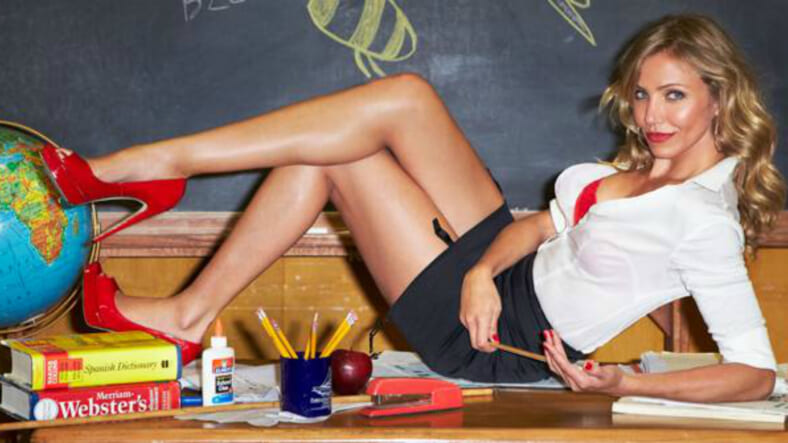 2016 was a wild ride when it came to sex, thanks to a whole bunch of bizarre sex news, ranging from the rise of sex robots to elderly Italian women getting stuck in chastity belts. Good times, good times.

Aside from the weird news, we also learned a lot of useful, fun, and downright cool facts about sex and sexuality in the past 12 months, so pull up a seat, sunshine, because we’re about to recap the most important things we learned about sex this past year.

But what’s the psychology behind a woman calling the man she’s sleeping with by the name she calls her actual father? Is it some Freudian thing where her subconscious wants to run her hands through her father figure’s pubes? Rarely, yes. But most of the time, no.

Apparently, it’s all about an evolutionary attraction women have to strong, masculine men. Not weird at all. But for a teeny, tiny percent of the daddy kinksters – a.k.a. the couples who literally pretend they’re father/daughter — it is about some kind of unfulfilled parental-figure issue.

Well, the more you know, my friends.

2. Why women make so much noise in bed

The question: why do women moan and groan and make ungodly noises during a good lay?

The answer: women are loud AF during sex for a couple different reasons:

Now you know. But maybe it’s best if you forget what you just read.

Ah, the question of a lifetime. Humans have been boning other humans, Neanderthals, objects, animals, etc. for centuries, but just found out what it is that makes sex feel so divine. It’s about damn time.

According to a new study, sexual pleasure puts you in a state of trance, and the rhythmic movements and intense sensations of pleasure lead to an altered state of consciousness in which we perceptually block out any other stimuli. In other words, we’re laser focused on the person flopping around on top of us.

Furthermore, the rhythmic movements cause our brain cells to oscillate at the same frequency as the thrusting motion going on downstairs, bringing us to sensory absorption, which is why we get “lost in the moment.”

As the name of the topic implies, there are certain things you should avoid when your lady friend has your dick in her mouth. For instance:

5. Having sex is good for your heart

Here’s the one secret doctors don’t want you to know: having sex is one of the best things you can do to keep your ticker in great shape. Who knew?

“As well as an entire cardiac workout, before and during intercourse there is a big release of hormones that have a protective effect on our cardiovascular system,” says heart expert Johannes Hinrich von Borstel.

Get busy, people! It’s for your health.

6. College students hook up with their professors a lot more than you think

7. The one foolproof thing that will make you better at sex

Ready for this mind-blowing news? The secret to being an amazing lover is….wait for it….listening to your partner! So simple. Literally shut your mouth and listen to what she wants, and then do it.

Well, that was an unlikely example, but you get the idea.

In 2016, science confirmed something we’ve already known to be true: beards are sexy!

This fun fact was found by a team of Aussie scientists who surveyed nearly 9,000 women on which facial hair they found sexiest: clean-shaven like a 12-year old, light stubble, a little more stubble, and a full, bushy beard like Jesus.

Turns out that for long-term relationships, women love a sexy, bushy Charles Darwin beard, because it symbolizes women’s evolutionary desire for a strong, masculine man who can take care of her. Which is logical, considering Darwin was all about evolutionary desires.

“Grow out them beards, my dudes,” Darwin once said. (He never actually said that, but let’s just pretend he did.)

9. Having more sex will make you a better athlete

Ronda Rousey was right when she said having a ton of sex before a fight really ramps her up – sex really does enhance athletic performance!

10. Four things that will increase your sexual satisfaction