Safe sex for everyone! 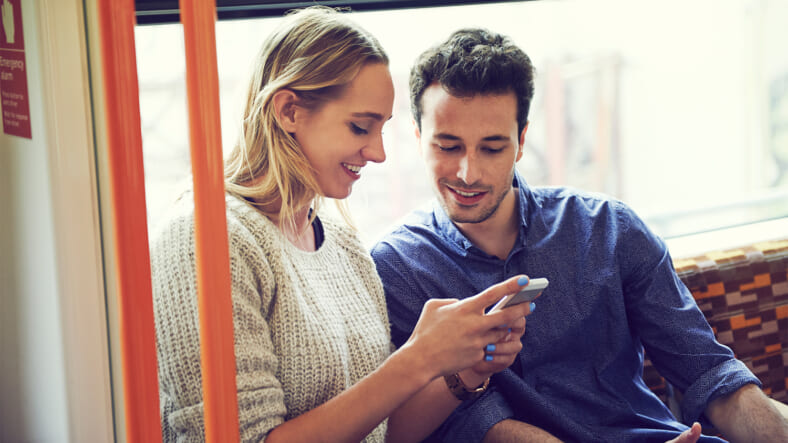 Think online dating apps are just cesspools of filth and disease? Think again: Tinder just added a useful new feature that points you in the direction of the closest STD testing site so you can go home from your one-night stand with nothing more than the disappointment of awful Tinder sex.

Last year, the AHF launched an advocacy campaign on sexual health and safety on dating apps, bluntly promoting the idea that Tinder and other dating sites are the reason for the sudden increase in STDs. The campaign included billboards and advertisements in Los Angeles and New York City that had the slogan, “Tinder, Chlamydia, Grindr, Gonorrhea.”

The AHF cited a 2015 report released by the Centers for Disease Control and Prevention, which stated that in 2014 the incidence of gonorrhea, chlamydia, and syphilis in the U.S. drastically increased for the first time since 2006. However, it was announced on Thursday that the billboards will be taken down following the launch of Tinder’s health safety page, thereby ending the feud between the AHF and and the app..

“The CDC recently reported that sexually transmitted diseases increased dramatically in 2014,” Whitney Engeran Cordova, a senior director at the AIDS Healthcare Foundation, told Reuters. “This is why it is such welcome news that Tinder will add a Health Safety section with a link to Healthvana, making it easier for people to find testing locations through an easily accessible, modern platform. And we hope to see other dating sites do the same.”

“Dating apps are amazing,” Ramin Bastani, CEO of Healthvana, told Maxim. “They have helped people meet more easily and faster than ever – it’s amplified our ability to connect. That same amplification could very well be leading to the rise in infections that we’re seeing as of the last few years.

“Many counties, states and others groups are studying this, and will paint a clearer picture of what’s going on in the near future,” he added. “Either way, it’s essential for dating apps to help educate their users about their health and where to get services near them – just like Tinder wonderfully did yesterday.”

Thanks to Healthvana, your Tinder dates just might end a little happier.