Dating Tips From One of Pro Hockey’s Leading Scorers

Here’s why women consider the NHL’s Tyler Seguin the hottest thing on ice. 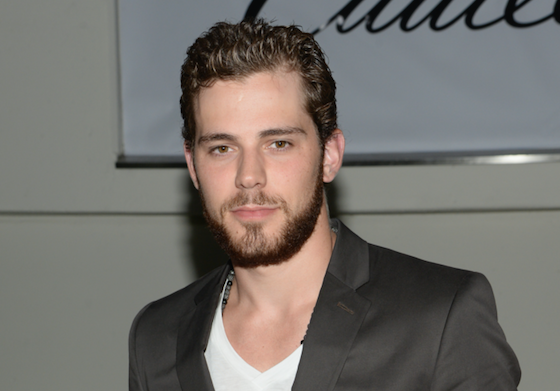 Dallas Stars Center Tyler Seguin (who is No. 3 in points in the NHL, boasting 25 goals and 28 assists) is revved up for NHL All-Star Weekend, which is scheduled for Saturday in Nashville, Tennessee. His team, the Central Division, boasts the NHL’s three leaders in scoring: Seguin, of course, plus Chicago Blackhawks’ Patrick Kane and Dallas Stars’ Jamie Benn. I mean, wasn’t it meant to be a competition? Look alive, goalies. Look alive.

Seguin, at 24, is an “all-star” when it comes to scoring—on the ice and, also, with women. He is rugged but refined, handsome and well-inked (two sleeves and a tat on his ribs from when he won the Stanley Cup with the Boston Bruins). Plus, he knows what works for him: cologne from Zara, because “everyone’s got their own scent and maybe it’s not the most expensive cologne but it’s something I’ve had for years.” Respect.

He also credits his “shoe game” and his “watch game” as the way into a woman’s, um, heart. He guarantees: “I always get compliments from women on those when I’m out, and I feel like if I’m not in good shoes then girls are going to think I have a messy place as well. A good watch is from a company called Breitling. You can go anywhere from casual to a bit flashy, if you have a nice suit on.” Because women are attracted to taste, and who needs pick-up lines when you have accessories that can start a conversation?

That said, charisma earns the hat-trick—which is cool, because Seguin (and his smirk) have that in spades. He is confident (or, when nervous, “overconfident at first” before he “settles in”) and prefers calling to texting, which is the definition of chivalry in 2016. Plus, he’s a gentleman who doesn’t kiss on the first date: “I usually wait until at least the second time, when I’m kind of dating—when it’s not a lustful yearning and more of an ‘I like this girl.'”

Here’s what we learned from chatting with Seguin, a.k.a. our newest wing-man, about girls and how to register a W:

His type? There’s just something about those sassy European girls.

I’m a big fan of eyes and style. I don’t know if it sounds weird, but if a girl is very stylish in how she carries herself, that’s number one to me. She has to be funny. I don’t know if it’s a bitchy attitude, but maybe a strong attitude? Maybe she can chop my ego down once in a while, because I’m a confident pro athlete and I need that sometimes.

I tend to date mainly brunettes, but I don’t really go looking for that. Maybe it’s because there are so many blondes in Texas? I’m a big fan of a European style and that look. I think no makeup—or not a lot of makeup—goes a long way for me. Just a natural, pretty girl. I’ve been to Europe so much lately. Maybe because it’s more new, but I just like the girls there a lot more. It’s not so much the accent; it’s the style. It’s that they don’t really care about hockey, either, and they just have something going on that I’m attracted to.

If a woman is too into hockey? Pass.

I mean, it’s not a turn-on. If a girl comes up to me and starts talking about hockey, it doesn’t really matter how pretty she is. I’m not going to automatically be very into her. I don’t want that to sound mean! I’m more attracted to people who know nothing about hockey. Maybe it’s because I can teach them about it, or I just know about their intentions a little more.

Sometimes, having that “pro athlete” thing, most girls find it attractive so you have that “in” with someone. Maybe that’s a plus. The downside is you never really know who’s in it for you, or who’s in it for the person and the job—and the money that comes with it. Many people go through that, not just pro athletes.

His best date? Skating, of course.

I know it’s a little cliché, considering I’m a hockey player, but we went to this outdoor skating rink in the winter. There were lights up and everything and it was a really good first date. She could stand up on her own, but definitely was wobbly. I was helping her with the skating and it was something that you could just bond over and it was a cool way of getting to know someone.

Especially for a first date, I’m just not a huge fan of going and sitting at a restaurant and eating. I like to do something. That skating thing was cool. A picnic is cool. I went on a first date at a fair and that was cool. Just something that’s a little different, I guess. More emotions. More seeing what her lighter side is like and not so much talking about how many siblings she has and where she’s worked in the past. I prefer having fun with someone and not just sitting down and answering 21 questions.

Prom was horrible. I went with a girl. It’s no jab at the girl, but we were going out in Windsor, Canada, and somehow our hotels got messed up so we ended up going out and trying to drink and ended up just laying outside a hotel room on the floor. There were probably 20 of us. We just sat there all night long until we could leave the next morning and get in the cab. Mixed with that and I had never seen her dance before, either. She was just a terrible dancer and I hope she doesn’t read this. Her dress was more like parachute-y style and it just didn’t work.

Personally, I don’t even think I know a pick-up line. But my buddy had a really good move. He brings out two phones. (He had an old phone.) He actually drops one in this girl’s purse—one that he saw and liked from across the bar. And he came back over and he called the phone and the girl had to answer it. She was kind of looking around, trying to figure out where the ring was coming from. So, she answered it and was talking to him on the phone. I just thought that was a pretty interesting way to kind of… I don’t know, I thought it was brilliant. I mean, I was in awe.

By all means, at least offer to pick up the tab.

I think it’s a generous move. If it’s a loss, it’s a loss. Then again, I like when girls buy guys drinks. When I have a girl who won’t let me buy her a drink, I’m like, this is amazing. She’ll be like, “I can buy my own drink but we can talk.” I find that attractive.

Wing-women can be more effective than wing-men.

Jason Demers is the only other single player on my team, and he’s really funny. But I’ve never really had one guy that’s, like, a wing-man. I enjoy a wing-woman and having a close girlfriend that can at least initiate something or some type of conversation. I think they just bring out a side that you can’t. I think sometimes a group of guys can be, I don’t know, intimidating to a girl. That’s a lot of testosterone. It could be a best friend’s girlfriend or best friend’s wife, but it has to be scenario where she’s not interested in me for it to work out. They have to start off with something that’s not right away about me. A girl can’t go up right away and say, “Hey, my guy friend over there is talking about you.” Then it just kind of makes you look like a coward.

Actually, my dogs are my wing-men. I have two labs, Marshall and Cash. My favorite place to meet girls is at a dog park. Having two dogs with these cool little dog parks out here, where your dogs are kind of your wing-men and they can kind of go and talk to their dog and you just have to go over. Or go to Whole Foods on a Friday around, like, 5 o’clock. I’d prefer there than a bar.

Dating apps have their place as well.

I have been on some before, mainly just for entertainment. I never really was a big fan of Tinder. I think Bumble was a little more fun. I mean, with how it is, you have to not find it weird because you can meet people on Instagram and whatnot. I mean, I’ve done it before. You might shy away from going up to a person in public but you know exactly what their name is or you can find out through mutual friends. You can just go on Instagram and slide them DMs. It’s just so easy.

My dad was in town and I got him on one of the apps, so I guess I’m all for it. He was getting a couple of matches, so the swiping was working. He’s a handsome devil. My dad’s big into style like I am. He actually wears a lot of my clothes.

Sometimes you need to cut your losses.