Check out this incredible documentary about the Battle of Ia Drang. 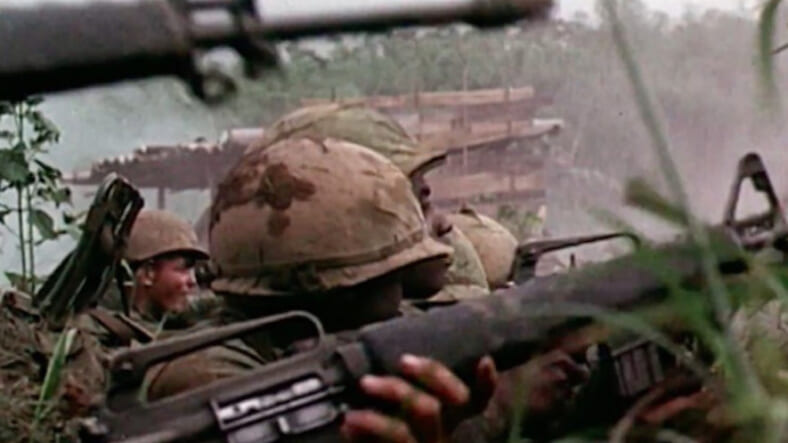 The First Battle of Ia Drang in November, 1965 was the first assault conducted chiefly by helicopter and it marked the first time the U.S. military and North Vietnamese soldiers fully engaged. It was the flame that started the gas fire that was the Vietnam War.

With an eye toward Memorial Day, the AARP has published a remarkable and moving mini-documentary about that battle, which was also portrayed in We Were Soldiers Once. It features Col. Tony Nadal, who commanded one of the first companies involved.

In Col. Nadal’s voice and the clarity of his memories it’s easy to see the toll war takes on soldiers. Also, the AARP video assembles some of the most intimate and intense footage of what it was like on the ground in ‘Nam that we’ve seen in a while.

As Memorial Day approaches we didn’t expect the American Association of Retired Persons to be the source of one of the best reminders yet as to the sacrifices made by our soldiers, but with this compelling and moving account, they certainly accomplished just that.