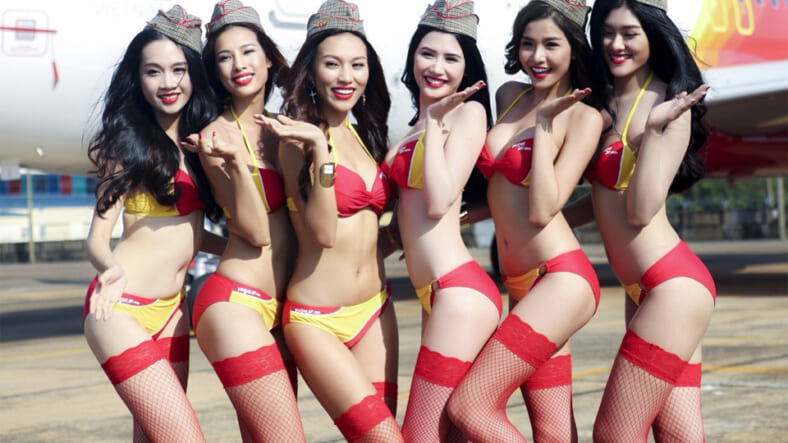 Back in March we told you about VietJet, the brilliant yet simple idea of Vietnam’s first female billionaire to staff an airline with insanely hot bikini-clad babes. Now CEO Nguyen Thi Phuong Thao has placed an epic order for $11 billion worth of new Boeing jets so the sexy stews can keep flying high.

In just a few years the titillating transporter, whose new motto is “Enjoy Flying!”, has gobbled up over 30 per cent of the airline market share in Vietnam. The bikini idea started out as a publicity stunt in-air fashion show and proved to be immensely popular (we have no idea why).

Boeing expects to start delivering the $11 billion order in 2019. That equates to a hundred new 737 MAX 200 jets, a variant of the Boeing’s next generation 737Max 8 airliner, which can seat 200 drooling passengers.